Exactly a week ago - on February 10 - the BSF had apprehended six Pakistani fishermen from the same area and seized 11 such boats. 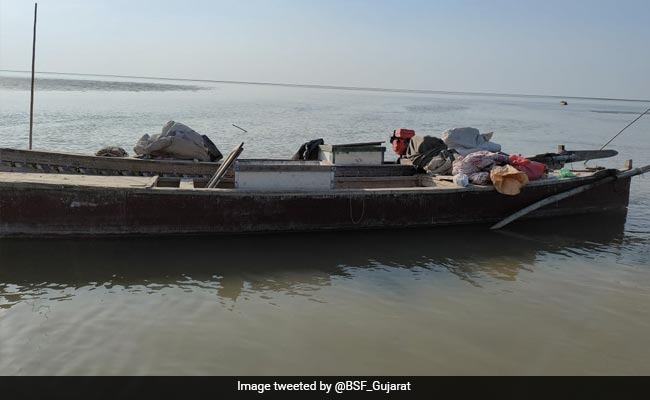 Exactly a week ago - on February 10 - the BSF had apprehended six Pakistani fishermen from the same area and seized 11 such boats.

"Seven more Pakistani fishing boats with rotten fish were seized in Harami Nalla by the BSF. Intensive search operation of the area continues," the BSF said in a statement.

The BSF has launched a major operation against intrusion by Pakistani fishing boats into the Indian waters.

While Indian fishermen are barred from entering the creek area, Pakistani fishermen enter the Indian side to catch fish. Many times, such fishermen escape towards the Pakistan side after abandoning their boats after spotting the BSF patrol boats, an official of the agency said.

A week back, three commando teams of the BSF were airdropped from three different directions from the Indian Air Force (IAF) helicopters to nab the intruders in Harami Nalla, a marshy terrain.