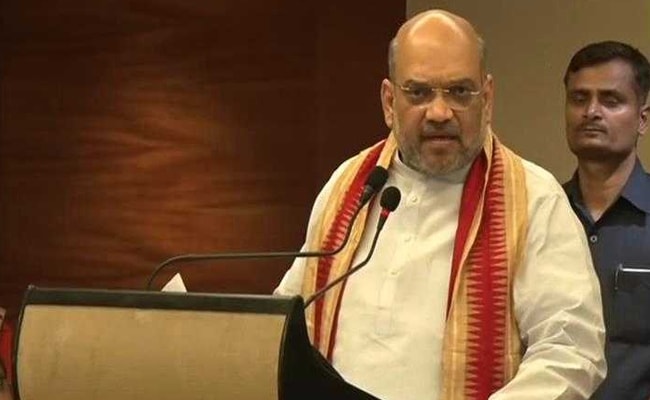 Panaji: Notices have been issued to the Civil Aviation Ministry and others on a petition over an alleged public meeting organised by BJP President Amit Shah at a restricted part of Goa airport. Social activist Aires Rodrigues on July 7 filed a petition before the Bombay High Court against the meeting in Dabolim on July 1.

In response to the petition, a division bench of Justices FM Reis and Nutan Sardessai issued notices, returnable in three weeks, to the secretary of the Civil Aviation Ministry, the Goa chief secretary, the Goa Director General of Police, the airport director and the Deputy Commandant of the Central Industrial Security Force (CISF).

The petitioner submitted that the public meeting addressed by Mr Shah was illegal. "The petitioner seeks to ensure that there is no legal infringement and/or abdication of duty within the legal framework by which a government and/or authorities are permitted to allow high handed violation of law," Mr Rodrigues said in his petition.

On July 1, Mr Shah, who was on a two-day visit to Goa, allegedly held a meeting at the airport complex in the presence of Chief Minister Manohar Parrikar and union minister Shripad Naik.

Mr Rodrigues had then filed a complaint with the Civil Aviation Ministry, Goa chief secretary and the state police chief, calling the meeting illegal.

Promoted
Listen to the latest songs, only on JioSaavn.com
The Congress too had demanded that a case of trespass be registered in this connection.

The BJP initially said the party received permission for the meeting, which took place "not inside the facility as claimed" by others. However, it later said the crowd, which greeted Mr Shah at the airport, gathered there spontaneously and that it was "not a planned meeting".