Badru Madavi was 22 when he was shot dead by the CRPF and the Chhattisgarh Police in 2020. 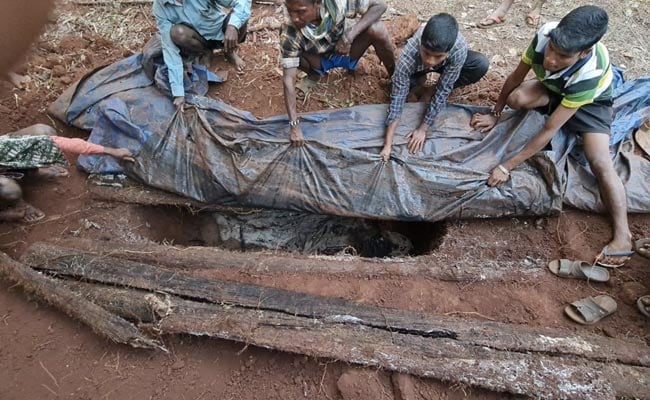 Badru Mandvi's body has been preserved by villagers in Gampur in a pit.

Two years after his death, the remains of 22-year-old Badru Madavi lie preserved in a village in Chhattisgarh in a large pit using herbs, salt and medicinal oil wrapped in white shroud and plastic.

Badru was killed in a joint operation by the Central Reserve Police Force (CRPF) and the District Reserve Guards (DRG) of Chhattisgarh Police on March 19, 2020.

Security forces claimed Badru was the in-charge of a Maosist division called the Gangalur Area Committee and an expert in Improvised Explosive Devices (IEDs) with a cash reward of Rs 2 lakh on his head.

But the residents of Gampur village in Dantewada, about 360 km south of capital Raipur, believe otherwise and hope they will get justice someday after an official inquiry. 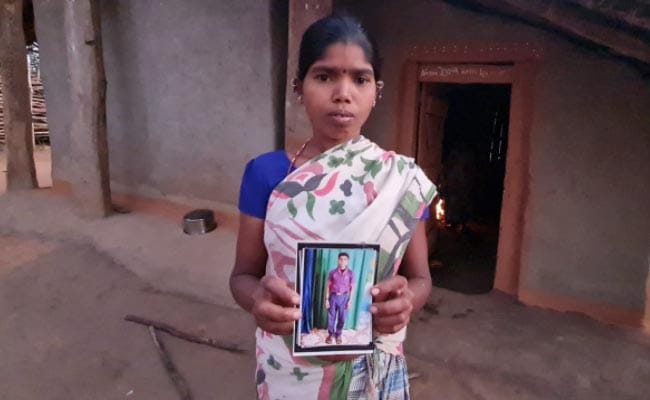 Badru Mandvi's wife says she is still waiting for justice.

And although much of his remains have now decomposed, the villagers are adamant about keeping the body preserved in a pit near the village crematorium.

Sannu Mandavi, Badru's brother, said he was out with him to collect Mahua flowers that are used as food as and make a country liquor when he was shot.

"They shot him in front of my eyes. I saw policemen coming towards me... I started running because I got scared," he said.

But senior police officer P Sunderraj said on March 19, 2020, an encounter took place between Maoist cadres and a joint party of CRPF and DRG.

"In this encounter, a body of a male Maoist cadre Badru Mandavi was recovered. The body was handed over to the next of kin after due formalities. We have heard that the villagers have kept the body using some salt and herbs, we are collecting more details but we have performed our duties as per law," he said.

Badru's family and other villagers, however, refute the allegation of Badru being a Maoist.

Badru's wife Podi Mandavi said the police ruined everything for her and she is still waiting for justice.

"Today, there is no one to take care of the house. I have lost everything after the death of my husband... I hope the court will give us justice. This matter should be investigated and the guilty policemen should be sent to jail so that such an incident is not repeated," she said. 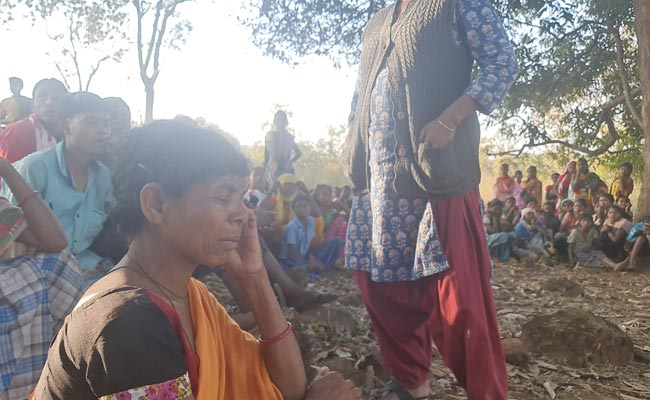 Alleging that Badru was murdered and framed as a Maoist, Badru's mother Madvi Marko said, "After the death of his father, Badru was the eldest member who took all the responsibilities of the family."

His last rites will not be performed till the matter is not taken up by a court, she said.

She also demanded action against the policemen who allegedly killed her son.

Arjun Kadti, a young man from the village, said that Badru's killing was not the first such incident in the village.

His family said a similar incident took place with his family as well when his elder brother Bhima Kadti and sister-in-law Sukhmati Hemla were killed and later branded Maoists.

He alleged before that, another villager named Maso was also killed by the police and later they labelled a Maoist.

She said, "The villagers are just waiting for a paper that the court should take cognisance of the matter. As of now, we are not even thinking that the guilty policemen will be punished or not. Everyone is aware of the plight of tribals be it the Sarkeguda massacre or Edesmeta incident. Even the inquiry report is out but nobody has got punishment. They don't care but we are still hopeful that we will get justice from the courts."