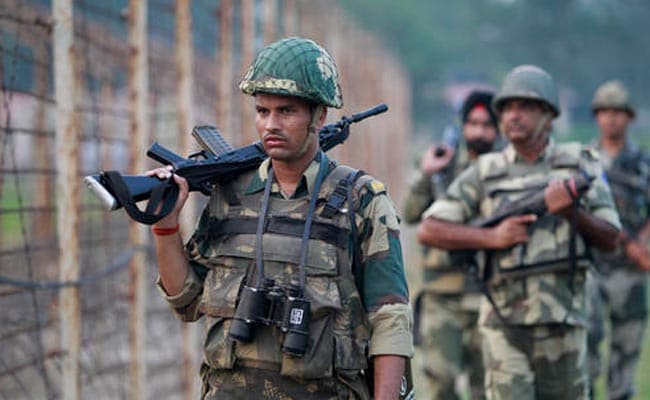 3 soldiers were killed and one of them was mutilated near Line of Control in Jammu and Kashmir, army said

Jammu: In a sharp escalation in hostilities, an Indian soldier was beheaded in Kashmir and two others killed by Pakistani commandos who crossed the Line of Control at Machil. Just three weeks ago, Sepoy Mandeep Singh was beheaded not far from the spot; the army has, just like then, vowed revenge. "Retribution will be heavy for this cowardly act," the army said in a statement.

The soldiers were ambushed while they were on a patrol in the Machil sector in north Kashmir by the Border Action Team of the Pakistan army. Indian posts are closer to Pakistan in this sector and the rugged terrain and thicker forests gives intruders an advantage.

Condemn the cowardly & brutal killing of our soldiers & mutilation of one of them. Salute these brave martyrs for their supreme sacrifice.

Pakistan's Foreign Office denied the incident and termed the reports as "false" and "baseless".

Last month, terrorists mutilated the body of 27-year-old Mandeep Singh before running back into Pakistan Occupied Kashmir, under cover fire provided by the Pakistan army. The army then said the incident reflected barbarism in official and unofficial organisations in Pakistan and asserted, "the incident will be responded to appropriately."

One of the soldiers, Prabhu Singh, was from Rajasthan. "I have lost my only son. My boy. He just got placed in the army and now I have lost him...I am ready to rejoin the army and personally get my revenge if it comes to that," said his father.

Promoted
Listen to the latest songs, only on JioSaavn.com
Eighteen soldiers, including five from the Border Security Force, have died in firing from Pakistan while India says it has killed at least 29 Pakistani troops in retaliation. There has been a spurt in ceasefire violations since the September surgical strikes, when Indian soldiers crossed over the Line of Control and destroyed staging areas for terrorists who were getting ready to enter India to carry out a series of attacks.

The strikes were seen as India's response to the Uri attack in which 19 soldiers were killed by terrorists from Pakistan.