The explosion was supposed to be carried out when the Dalai Lama and the governor of Bihar were at the Bodh Gaya Buddhist temple premises, NIA said in a release. 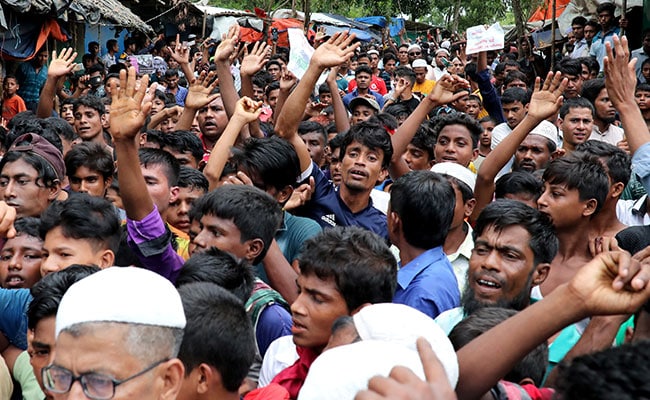 Two persons arrested near in connection with the bomb blast in Bodh Gaya in January last had allegedly planned to set off the explosives to express solidarity with Rohingya Muslims fighting the Myanmar government and wage war against the government of India, the NIA said.

A low-intensity blast was reported at a kitchen set up at a ground in the temple town of Bodh Gaya on January 19, causing panic among devotees gathered to hear Tibetan spiritual leader the Dalai Lama's discourse.

The explosion was supposed to be carried out when the Dalai Lama and the governor of Bihar were at the Bodh Gaya Buddhist temple premises, NIA said in a release.

Their objective was to "carry out explosions at the symbols of Buddhist faith in order to show solidarity with the Rohingya Muslims fighting with Myanmar government and cause loss to public life and property, to wage war against Government of India," according to the NIA.

The NIA had arrested Jahidul Islam, resident of Jamalpur in Bangladesh, and Adil Sheikh alias Asadullah, resident of Murshidabad in West Bengal, on August 6 and August 7 this year respectively, from Ramanagar near Bengaluru.

Islam with the help of other co-accused allegedly made three Improvised Explosive devices and two hand grenades while Adil Sheikh, Dilwar Hossain and Arif Hussain allegedly planted the bombs on the premises of the temple on January 19, the release said.

The agency had filed a charge sheet in the case in the special NIA court in Bodh Gaya, it added.