Blog: 'The Talwars might as well have been stoned, blood-thirsty crowds cheering' 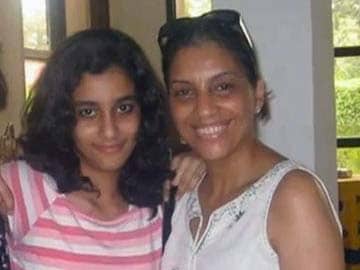 Shree Paradkar is Nupur Talwar's cousin and the Home Page Editor of thestar.com at Canada's Toronto Star. She first wrote at length about this at thestar.com/aarushi.

Should I begin with the shock I feel - at the sheer vindictiveness of the CBI in even seeking the death penalty for Nupur and Rajesh Talwar in for a murder the CBI fully well knows it hasn't proven?

Should I begin with the rage I feel - at the ease with which our investigators manipulate the justice system and play with the lives of ordinary Indians?

Should I begin with the disillusionment I feel - with the cynical public and irresponsible media that damaged the lives of two people, and any chances of a fair trial.

Nupur and Rajesh Talwar might as well have lived in medieval times, stoned in the town square for someone else's sins, cheered on by bloodthirsty crowds.

My heart breaks for my sweet cousin Nupur, so happy in her own little world, until the day darkness arrived. Even last weekend, she and Rajesh were hopeful. They thought they had a fighting chance. "We're mounting the best defence we possibly can," Nupur told me. "It's not going to be that easy for him (the judge) to push us aside."  Naive as ever.

My question after their conviction is this. "Forget reasonable doubt. Did the CBI prove AT ALL that the Talwars did it?" Show me one piece of evidence that holds up to scrutiny.

How can there be any, when a crime scene that was a treasure trove of forensic evidence was trampled upon by dozens of people? Twenty-two fingerprints lifted, not one  identified. Blood found on bottles of partially consumed whisky, wine, beer and pop, no DNA identified. A bloody hand imprint on the wall of the terrace, too big to be Rajesh's hand? The big, bloody shoe imprint on the terrace, too big to be Rajesh's? No clues.

Instead of investigation, there was speculation, insinuation and well-placed "leaks" of scandalous details of the lifestyle the Talwars supposedly lived. The media swarmed to these unsubstantiated leaks like sharks to blood. Those initial falsehoods, never proven, were so damaging that even today (November 26), I got this vitriolic response to a story I wrote on the conviction in Canada's Toronto Star newspaper. (Read full article here)

The response is partially reproduced here: "I am from India too and everybody knows what kind of stuff the Talwars were onto in their circle, don't want to get into this, I think the court has been lenient. They should have handed over death sentence for killing of the house help and honour killing."

How the Talwars, middle-class professionals, got labelled extravagantly "elite" I will never know. They lived in a flat in Noida, not some big mansion. They earned enough that money was not a source of constant worry, but they still needed to put some aside every month to save for their daughter's education. Saturday lunches were special for Rajesh. That was his time with Aarushi and it was always at a restaurant, a great opportunity to shoot the breeze, bond over casual conversation. Nupur and Rajesh had an open relationship with their
daughter, they knew she was in the middle of a breakup with a "special friend" of one month.

"They gave her so much freedom. But she never took advantage of it," her friend Vidushi Durrani told me. Vidushi, incidentally, had to undergo the trauma of not just losing her close friend but also having media repeatedly talk of a so-called "affair" between her mother and Rajesh, who worked in the same clinic. Where did police get this idea? Krishna Thadarai, their dental clinic assistant.

Where did police get the idea of Hemraj and Aarushi together? Krishna.

And so began the framework of a convoluted narrative of nefarious affairs and honour killing. (Or was it fit of rage? The CBI has never made the motive clear.) The only thing lacking was evidence. Neither blood, nor hair, nor DNA of Hemraj was ever found in Aarushi's room.
It didn't stop the CBI from trying to create evidence.

Forensic 'scientist' B.K. Mohapatra appeared as prosecution witness, and perjured himself when told the trial court that Hemraj's pillow cover was found in Aarushi's room. When the pillow cover was unsealed in court, it exposed a tag that read,  "Pillow and pillow cover, blood stained (from servant's room)"

Exposed in the court as a liar. No consequences for him, though. This was not the CBI's first blatant attempt to tamper with evidence.

In March 2011, a pillow cover. This time seized from Krishna's room, found to have Hemraj's blood on it. Evidence that sat with the CBI for more than two years, that when confronted with, they blithely wrote off as typographical error. A typo? Forensic labeling is a standardized process. It's not someone sitting with a pillow cover and a computer and oops, a slip of a finger, and evidence gone.

Has the person who apparently made this crucial typographical error faced any consequences? Or is it such a standard occurrence that no further thought needs to be given to it? Scary.

What about police's own records that show the presence of bottles of wine, beer and pop (Sprite) in Hemraj's room. Hemraj was a teetotaler. Who was drinking the rest? Rajesh? But wasn't he supposed to be drinking the whisky in the living room? The one he was glugging after apparently dragging Hemraj's much bigger body past a neighbour's flat, up the terrace?

The terrace, incidentally, is a common one, linking all the flats. You could go from the Talwars' terrace, tucked away in one corner to the other side of the building where Krishna lived, in two minutes flat. Walking. I know. I've done it. It was part of my research for a story on the murders in the Toronto Star. (Read article here)

Research - would have been nice if the investigators had thought of that.

Promoted
Listen to the latest songs, only on JioSaavn.com
Disclaimer: The opinions expressed within this blog are the personal opinions of the author. NDTV is not responsible for the accuracy, completeness, suitability, or validity of any information on this blog.  All information is provided on an as-is basis. The information, facts or opinions appearing on the blog  do not reflect the views of NDTV and NDTV does not assume any responsibility or liability for the same.