Blindness In India Reduced By 47 Per Cent Since 2007: Report 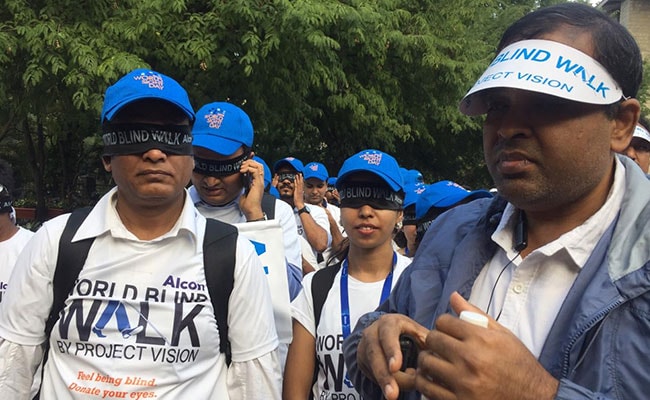 The estimates were based on National Blindness and Visually Impaired Survey (2019).

The prevalence of blindness in India has come down by around 47 per cent since 2007, according to a government survey released on Thursday, indicating that the country is close to achieving the WHO''s goal of reducing it to 0.3 per cent of the total population by 2020.

In absolute numbers, people suffering from blindness have reduced from 12 million in 2006-07 to 4.8 million in 2019. Also, cataract still remains to be most common cause of blindness (66.2 per cent) followed by corneal blindness (7.4 pc). Besides this, the proportion of blindness due to complications of cataract surgery (7.2 pc) has also increased, the survey revealed.

According to the National Blindness and Visually Impaired Survey (2019) released by Union Health Minister Harsh Vardhan, the estimated prevalence of blindness in the country has come down to 0.36 per cent from 1.00 per cent in 2006-2007.

The current survey was conducted over a period between 2015 and 2018 by Dr Rajendra Prasad Centre for Ophthalmic Sciences of the AIIMS in collaboration with the Union Health ministry in those aged = 50 years population (93,000) using Rapid Assessment of Avoidable Blindness (RAAB) method in 31 districts of 24 states and Union Territories.

Dr Promila Gupta, Principal Consultant in the National Programme for Control of Blindness in the Ministry of Health said this house-to-house survey was designed to generate representative data for the sampled districts as well as for India. An additional survey was conducted between 0-49 years age group in January-February 2019 and covered 18,000 people in 6 districts across various regions of India.

"The results of both surveys, in 0-49 age group and in = 50 years population, were used to estimate the prevalence of blindness and visual impairment in India across all age group," Dr Gupta said.
"The prevalence of blindness in India has come down by around 47 per cent since the last survey conducted in 2006-2007 and the findings of the current survey are for blindness as defined to be vision of less than 3/60 in the better eye," Dr Vardhan said adding the country is close to achieving the WHO's goal of reducing it to 0.3 per cent by 2020. India changed its over four-decade-old definition of blindness in 2017, bringing it in line with the WHO criteria.

According to the new definition, a person who is unable to count fingers from a distance of three metres would be considered "blind" as against the earlier stipulation of six metres, which was adopted in 1976. The aim of revising the definition is also to be able to generate data which can be compared with global estimates and achieve the WHO goal of reducing the blindness prevalence in India to 0.3 per cent of the total population by 2020, Dr Gupta said.