A doyen of the Indian industry, BK Birla had been suffering from age-related ailments. 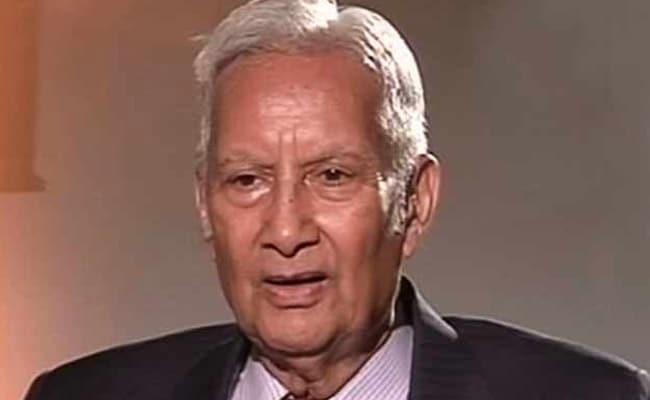 BK Birla was instrumental in a slew of business initiatives

Birla Group patriarch BK Birla passed away in Mumbai on Wednesday at the age of 98, his family said.

A doyen of the Indian industry, Birla had been suffering from age-related ailments.

Birla was the chairman of Century Textiles and Industries and had been active in business since the age of 15.

He was instrumental in a slew of business initiatives, starting with his stint as the chairman of Kesoram Industries, they said.

His wife Sarala Birla predeceased him in 2015. His only son Aditya Vikram Birla had died in 1995.

The sources said Birla's body would be brought to his house at Birla Park in Kolkata and the cremation will take place on Thursday.

His grandson Kumarmangalam Birla had taken him to Mumbai due to his failing health.

The seat of the Birla brothers in the city -- Birla Building -- will remain closed on Thursday as a mark of respect to B K Birla.

Born in 1921, Birla was the youngest son of philanthropist Ghanshyam Das Birla.

By the time he was 15, he was already actively associated with a large number of companies and eventually became the chairman of Kesoram Industries.

Birla was also the chairman of the Krishnarpan Charity Trust, which runs an engineering college named B K Birla Institute of Engineering and Technology at Pilani, Rajashthan and a patron of 25 educational institutions across the country.