Varun Gandhi also said he is a "revolutionary" leader and cannot see injustice being done to people. "It makes no difference to me if I do not get a poll ticket. My mother has won elections as an Independent candidate. I will only say the truth. Governments come and go," he said. 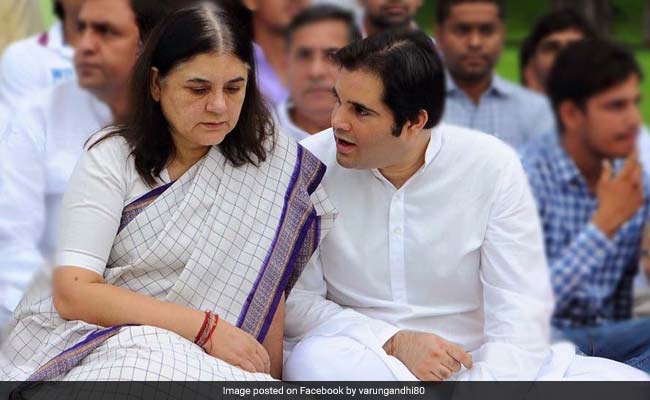 Varun Gandhi is the BJP MP from UP's Pilibhit. His mother Maneka Gandhi was the MP in 1998 and 1999.

BJP MP from Pilibhit Varun Gandhi claimed on Tuesday that he is the only one who raises the issue of increasing the MSP for sugarcane, while other MPs and MLAs do not have the courage to talk about it.

He said his party colleagues do not raise such issues as they fear that they will not be given poll tickets.

Interacting with villagers, the MP, who was on a two-day tour of the Baheri Assembly constituency in Bareilly (a part of the Pilibhit Lok Sabha segment), said barring him, no other MLA or MP from the ruling party has the courage to raise the issue of increasing the MSP for sugarcane.

"Those leaders fear that they will not get (poll) tickets. If the voice of the people is not raised by the public representatives, then who will raise it? It makes no difference to me if I do not get a poll ticket. My mother has won elections as an Independent candidate. I will only say the truth. Governments come and go," he said.

Varun Gandhi also said he is a "revolutionary" leader and cannot see injustice being done to people.

His mother Maneka Gandhi had won the 1998 and 1999 Lok Sabha polls from Pilibhit as an Independent candidate.

The Pilibhit MP said whatever help he extends to people, it is from his own money, be it giving sports equipment to youngsters in villages or giving financial assistance to temples.

Meanwhile, in a letter to Pilibhit District Magistrate Pulkit Khare, Varun Gandhi alleged that money is being extorted from traders for the "Baansuri Mahotsav" (flute festival) being organised in the district. However, the district magistrate has not reacted so far on the issue.

Traders have alleged that the local administration has taken money from them to organise the festival.

The BJP MP said the traders met him in Delhi recently and briefed him on the issue. He shared the letter with the media on Tuesday.

Varun Gandhi also made an offer to give a cheque for Rs 4.5 lakh to the traders at the event.

Addressing the traders, he said, "I am strongly against the practice of organising such events while banking on traders. Traders at this point in time are in a very bad shape. I and my mother have always considered the people of Pilibhit as our family members."

In the letter, Varun Gandhi has said putting an additional burden on traders, who have already been hit by COVID-19 and the Goods and Services Tax (GST), is like committing atrocities on them.