The CID had unearthed a child trafficking racket early this year in which babies and children were sold, some to foreigners, through questionable adoption deals. 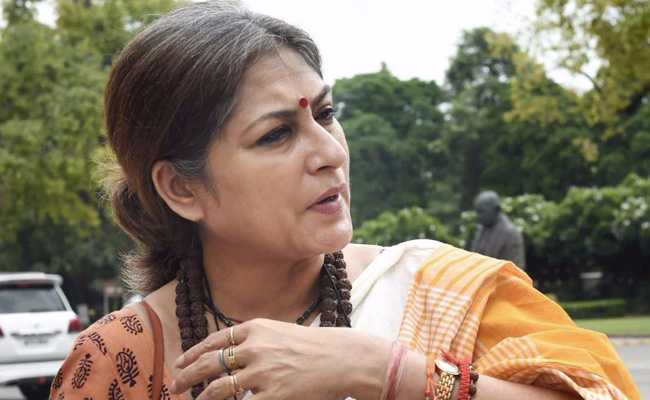 The CID had unearthed a child trafficking racket early this year

According to a senior officer  of the Criminal Investigation Department (CID), a team of the agency's officers went to Ms Ganguly's south Kolkata house to question her over her alleged meeting with arrested former BJP womens' wing general secretary Juhi Chowdhury, an accused in the case.

The CID had unearthed a child trafficking racket early this year in which babies and children were sold, some to foreigners, through questionable adoption deals.

"We will question her about her links to Juhi Chowdhury and also we need answers of a few more questions," the officer said.

Incidentally, the state CID had also summoned BJP national general secretary Kailash Vijayvargiya and two other leaders for questioning in the same case.

The CID had arrested several persons including the head of a child protection agency in Darjeeling and a member of a child welfare committee on charges of selling babies and children through questionable adoption deals.

These arrests were part of a widening probe into the adoption racket at the Bimala Shishu Griho, a children's home in Jalpaiguri town.

Promoted
Listen to the latest songs, only on JioSaavn.com
They have been charged with selling about 17 children, aged between one and 14 years, to foreigners by entering into shady adoption deals.

The CID had unearthed the child trafficking racket during raids at homes and nursing homes in Baduria area of North 24 Parganas district, in Behala in the southern fringes of Kolkata and some other parts of south Bengal in November last year.