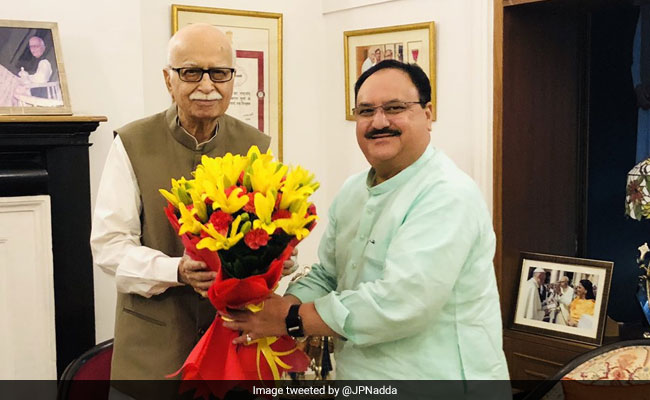 "Today, I met and sought the blessings of our senior leader and former BJP president Murli Manohar Joshi. It is a matter of privilege that I got a chance to work as the national president of the party's youth wing under his leadership," Mr Nadda said on Twitter after meeting Mr Joshi.

Bharatiya Janata Party on Monday appointed Mr Nadda as its working president at the meeting of the party's parliamentary board, the highest decision-making body.

The meeting was attended by Prime Minister Narendra Modi, Home Minister Amit Shah and Defence Minister Rajnath Singh, who are all members of the BJP's parliamentary board.

Addressing a press conference after his appointment, Defence Minister Singh said, "BJP has won several elections under the leadership of Amit Shah. But since the Prime Minister has appointed him the Home Minister, Amit Shah himself has said the responsibility of party president should be given to someone else. BJP Parliamentary board has selected JP Nadda as working president."