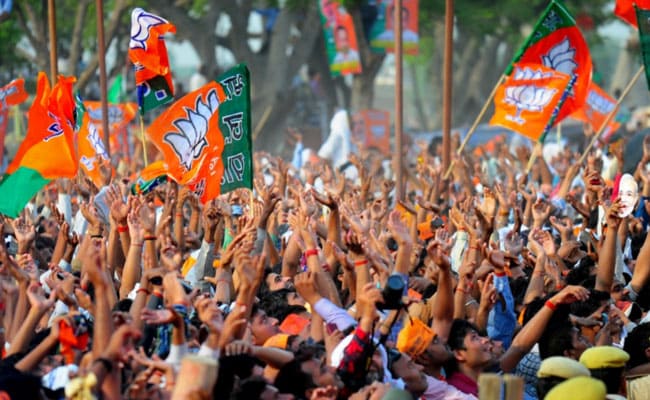 Mumbai: The BJP, only two wards behind the Shiv Sena in Mumbai's Brihanmumbai Municipal Corporation (BMC), has narrowed the gap to just one seat by winning a by-election. The BJP's candidate Jagruti Patel beat her closest competitor, the Shiv Sena's Minakshi Patil, by over 4000 votes on Wednesday. The Congress is the big loser; it has lost one of the 31 seats it had won in civic elections earlier this year.

The BJP now holds 83 of the 227 wards in the BMC , Asia's richest corporation. The Shiv Sena emerged the single largest party winning 84 wards in the February elections, which produced an inconclusive result, with no party anywhere close to the 114 required to control the municipality. The BJP and the Shiv Sena, partners in the central government and in Maharashtra, contested the civic polls separately, with the bitter campaign highlighting their strained ties since the BJP's rise as the state's number 1 party after national and assembly elections in 2014.

Though the two parties had almost the same number of seats, the BJP said it would not challenge the Sena for the post of Mayor.

Promoted
Listen to the latest songs, only on JioSaavn.com
The BJP's goodwill gesture after the BMC elections was seen also as an acknowledgment of the role the Shiv Sena plays in supporting the Maharashtra government of Chief Minister Devendra Fadnavis. If the Sena withdraws support to the BJP, the Fadnavis government will be in a minorit and will need help from Sharad Pawar's Nationalist Congress Party or NCP.

The BJP dramatically improved its performance in this year's BMC election from the 31 wards that it had won last time. Along with gains in local elections across the state, it consolidated the party's position in the state, which for years played junior partner to the Shiv Sena in Maharashtra.