Hacked earlier this month, the BJP website was restored using a template designed by W3Layouts without any credit, the company alleged. 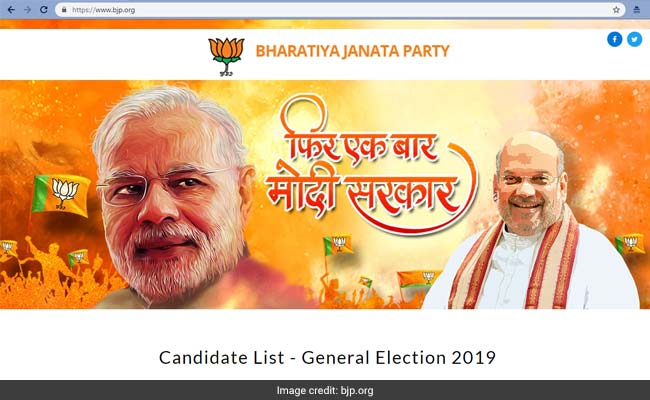 BJP website, hacked earlier this month, was restored with a single page this week.

An Indian web design firm has accused the BJP of "stealing" a website template, saying that that the party ripped off its work and removed a line that gave the necessary credit. The BJP website, which was hacked nearly earlier this month, had been revived this week with a page based on a template by W3Layouts, the Andhra Pradesh-based company claimed. But BJP chose to hide the fact that it was designed by the company, it alleged.

"We, at W3Layouts, were initially happy and excited that BJP IT cell was using our template, then devastated to see our work being used by BJP removing the backlink without paying, and giving no credit whatsoever to W3Layouts," the company said in a blog, detailing their charge.

While the visible signs of attribution were removed, it was clear that BJP was still using the W3Layouts code as it was evident in the source code of the page, the company added. 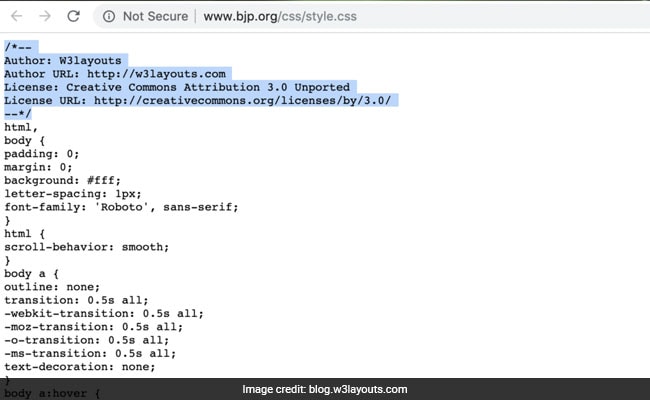 W3Layouts said BJP had removed the visible credit but missed the attribution written in the code.

W3Layouts said it also reached out to BJP on Twitter, asking them to include the necessary credit.

@BJP4India please ask your team to read the license terms https://t.co/1Uagn4FGjr before removing "designed by w3layouts"?
Please provide your IT Team Email id will have a word.

But in response, BJP removed all record of the template coming from W3Layouts, the company alleged.

all we wanted was a "thanks for the template", and we would've given you the permission to remove the backlink... But instead, you decided to spoil the good looking webpage by removing our code. @BJP4Indiapic.twitter.com/FnBcHhFmjS

"We are surprised at how a National Political Party headed by a leader who calls himself the "Security Guard (Chowkidaar) of the country" chose to steal a small shop's sweat and blood and also chose to disregard the claim when found cheating," the company said.

The incident triggered criticism of the BJP on social media. Congress social media and digital communications chief Divya Spandana also took a shot at the party.

The BJP is yet to respond to the controversy.

More than two weeks after it was hacked, the BJP website on Friday left its "maintenance" mode but only to display one static page with the party's list of candidates for the Lok Sabha elections. The website of the ruling party had been placed under maintenance on March 5 after being hacked. People who had gained access to the site had replaced the content with a meme mocking Prime Minister Narendra Modi.