The BJP IT cell head Amit Malviya last week said the site was not hacked. 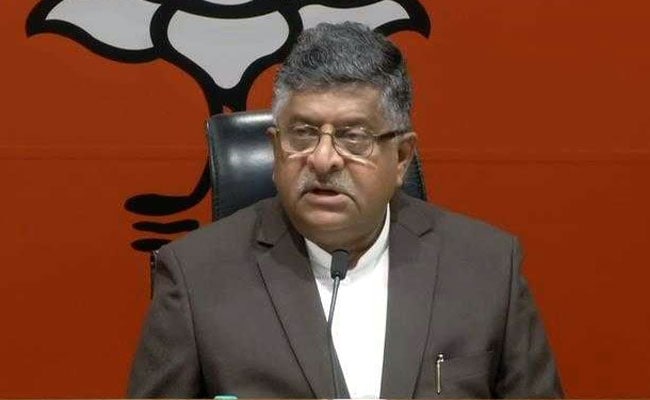 Ravi Shankar Prasad did not say when the site is expected to be back.

IT Minister Ravi Shankar Prasad said on Tuesday the Bharatiya Janata Party (BJP) website was hacked for a few minutes last week, even as the site remained has under the "maintenance" mode for more than a week now.

"There are rogue elements in the society. The site was hacked only for a few minutes. We got back control very soon," Mr Prasad said in the first-ever admission from the government about the BJP site being hacked, at the "Digital India Summit" in New Delhi.

The minister, however, did not say when the site is expected to be back.

The message on the BJP website still reads: "We'll be back soon! Sorry for the inconvenience but we're performing some maintenance at the moment. We will be back online shortly!"

The BJP IT cell head Amit Malviya last week said the site was not hacked.

While admitting that the site had experienced some sort of "transgression", Mr Malviya said the site was down due to a "technical glitch", not hacking.