"BJP Wants To Have Its Own Chief Minister In Bihar": Asaduddin Owaisi 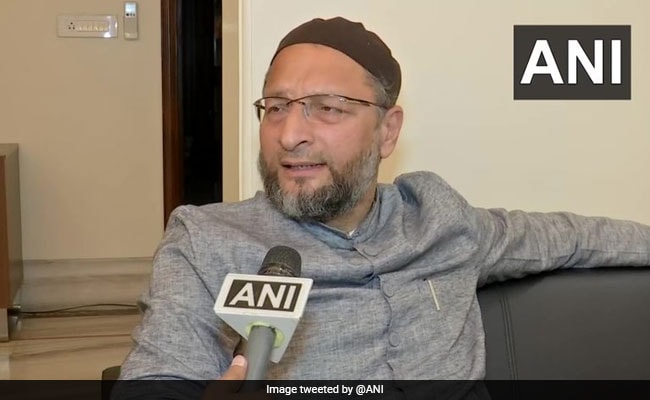 AIMIM chief Asaduddin Owaisi on Friday said that BJP and RSS are planning to have their own chief minister in Bihar and retire Nitish Kumar.

"The praises were so much that he did not say anything on LJP. PM didn't mention LJP. He's trying to ride two horses at once and wants to rule Bihar on one of them. He's released an election manifesto pledging 19 lakh jobs in one year; a clear indication that BJP wants their CM in Bihar and retire Nitish Kumar. BJP and RSS are working to achieve this," Mr Owaisi told ANI when asked about PM Modi praising Mr Kumar in a public rally in Bihar.

When asked about BJP's manifesto promising free COVID-19 vaccine in Bihar, Mr Owaisi said. "PM could have told that as per the Consitution everyone's life is same whether that person is from Bihar, Gujarat or Uttar Pradesh. So what kind of politics the Prime Minister is doing that only after getting power in the state, the vaccine will be provided."

"How PM forgot Rs 20 lakh crore package in his speech. So there is a contradiction which the people of Bihar are seeing. I have the belief that our alliance of Khuswaha Sahab will benefit," he said.

"People also know RJD and Congress and they know that they have not worked for Bihar. So they are looking for an alternative," the Hyderabad MP added.