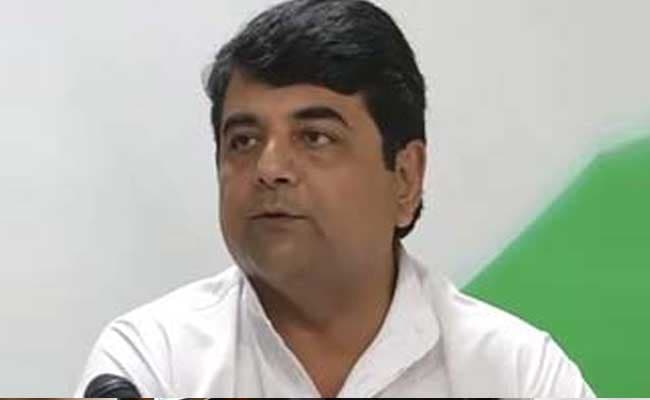 The Congress on Thursday hit out at the BJP alleging that none of its leaders had drawn any lessons from Atal Bihari Vajpayee and they were only "using" the former prime minister's ashes for "petty political gains".

"The kind of words that the BJP has used for former Congress president Sonia Gandhi, it is unfortunate for politics.

"The entire country is paying tributes to Vajpayee and his ashes are yet to be immersed, but the BJP has not followed what Vajpayee had said," he told reporters.

"The kind of words (they are using) and the level that the BJP has fallen to, the BJP leaders have taken nothing from Vajpayee's speeches either in their words or thoughts," he said.

Later, the Congress on its official Twitter handle said, "The last rites are performed by family members for peace of the departed soul. PM Modi and the BJP have usurped the last remains of Former PM Vajpayee and are using it for petty political gains. BJP leaders discover new lows everyday."

Earlier, another Congress leader Shaktisinh Gohil had said the BJP should not do politics over Atal Bihari Vajpayee's legacy or on his ashes, as he was a tall leader respected by all in the country.

BJP leader Sambit Patra on Thursday attacked Mr Gandhi for citing job figures and comparing it with China and asked if the numbers were "manufactured in 10 Janpath".

Mr Patra also alleged that Sonia Gandhi, who was the Congress chief for over 19 years, ruled India as a "proxy prime minister" for 10 years.

"Wasn't this the Indian culture which helped her reach the top? Rahul and Sonia Gandhi should come out and explain as to how they can point fingers at this great Indian culture," the BJP spokesperson said, demanding an apology from the Congress chief for his remarks on the issue of women's safety in India.

"Stay, Will Pay Your Rent": Arvind Kejriwal To Migrants Amid Lockdown