Irfan Habib, 87, was addressing a gathering of historians, scholars, artists, students and others at a lecture organised by SAHMAT in New Delhi to mark the 149th birth anniversary of Mahatma Gandhi. 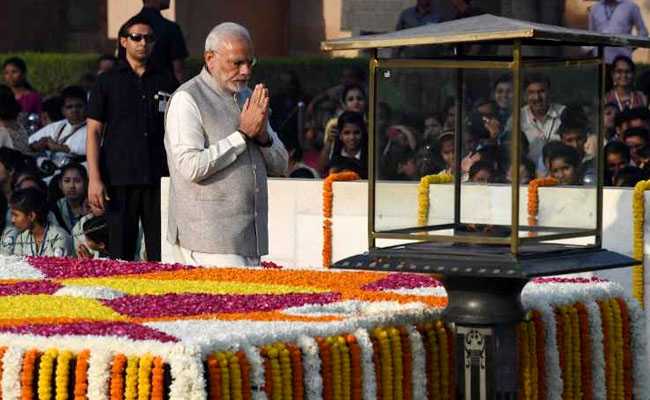 Noted historian Irfan Habib on Monday accused the BJP-led central government of reducing the stature of Mahtama Gandhi to that of a "senior sanitary inspector" in pursuance of its Swachh Bharat mission, and said, people must celebrate his legacy as the father of the nation.

Irfan Habib, 87, was addressing a gathering of historians, scholars, artists, students and others at a lecture organised by SAHMAT in New Delhi to mark the 149th birth anniversary of Mahatma Gandhi.

One of the pet schemes of Prime Minister Narendra Modi, the campaign was launched by him on October 2, 2014.

The mission seeks to achieve the aim of making India open defecation-free by October 2, 2019 to coincide with Mahatma Gandhi's 150th birth anniversary. Mahatma Gandhi's eye-glasses are the logo of the mission, used in all publicity material.

In his address earlier, Mr Habib, author of People's History of India, gave a lucid talk on the idea of nationalism and Mahatma Gandhi, saying the concept of a nation is different from that of a country.

"A country becomes a nation when there are serious efforts to constitute it as a political entity. India learned its nationalism out of the struggle for Independence during the colonial-era and not some ancient texts as some of the right-wing organisations would have us believe," he said.

The lecture, the first in a series of events organised by SAHMAT, coincided with the eve of the 149th Gandhi Jayanti.

In his address, the renowned historian also spoke about Gandhiji's early vision of India as espoused in his book 'Hind Swaraj'.

"He used the word 'Hind' and not 'Bharat', Gandhi's vision of India was much more broader," Mr Habib said.

The Baroda-born historian also urged everyone to celebrate January 13 in a big way to mark the anniversary of Mahatma Gandhi's fast-unto-death days before he would be killed in Delhi.

"In Pakistan, Muslim women had smashed their bangles after his assassination. Those were different times, let's concede it, that time is gone," he said.