Mr Shah is scheduled to inaugurate the B J Block community Durga Puja at Salt Lake area in the eastern fringes of the city. 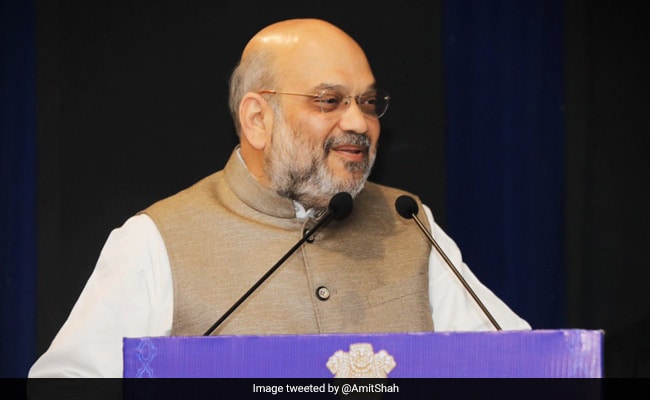 With Union Home Minister Amit Shah slated to inaugurate a community Durga Puja in West Bengal for the first time today, a war of words broke out between the BJP and the TMC. Both the parties accused each other of politicising the biggest festival of the state.

Mr Shah is scheduled to inaugurate the B J Block community Durga Puja at Salt Lake area in the eastern fringes of the city.

Since the announcement of Amit Shah's inauguration, the TMC leadership has accused the BJP of trying to politicise the festival.

The saffron party retorted to it saying that the TMC has "hijacked" all the big-ticket Durga Pujas in the city since it came to power in the state in 2011.

TMC secretary-general and state minister Partha Chatterjee said Amit Shah could have inaugurated a Durga Puja at Delhi's Chittaranjan Park instead of travelling to Kolkata for it.

Kolkata mayor Firhad Hakim, on the other hand, said what has led to Amit Shah inaugurating a Durga Puja in the city all of a sudden can best be answered by the BJP leadership.

"It is for him (Amit Shah) to decide where he should go. But, I would say that people of Bengal don't like the politicisation of Durga Puja as the festival is an integral part of the Bengali culture," Mr Hakim said.

State BJP president Dilip Ghosh retorted saying it was the TMC that politicised the festival, with Chief Minister Mamata Banerjee inaugurating Durga Pujas across the city.

He also accused the TMC of "forcibly taking over hundreds of Durga Puja committees".

"It is the TMC that has turned the festival into their party program. Amit Shah will inaugurate the Durga Puja as the Union Home Minister and not as the BJP chief," Mr Ghosh said.

Responding to Mr Ghosh''s statement, Mr Hakim said Mamata Banerjee has been inaugurating the Durga Pujas because of her
close association with the festival even before becoming the chief minister of the state.

Buoyed by its performance in the Lok Sabha polls where it bagged 18 of the 42 Lok Sabha seats in the state, the saffron party is trying to expand its base by reaching out to the Durga Puja committees in the state.

As a part of it, the state BJP leadership had decided to ask Amit Shah to inaugurate a big-ticket community Durga Puja in the state, party sources said.

After consideration, the B J Block community Durga Puja was zeroed in for inauguration by Mr Shah, they said.