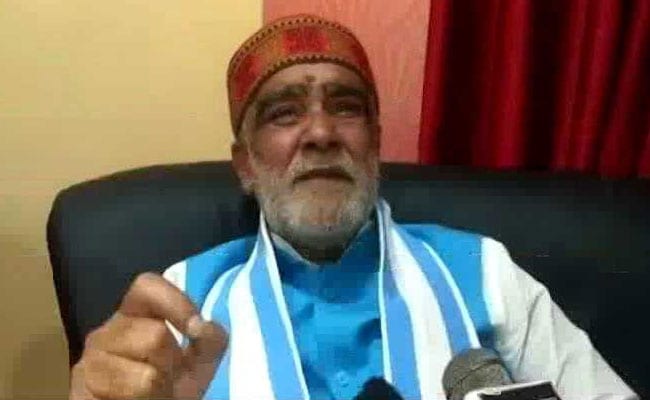 The BJP hit out at the BJD government in Odisha on Monday, accusing it of playing "cheap politics" and "disrespecting" Union minister Ashwini Kumar Choubey during his visit to the state to inaugurate a medical college.

BJP legislature party leader K V Singhdeo said the state government has been accusing the Centre of neglecting Odisha "but in reality it is cleverly attempting to hijack central schemes and to project them entirely as its own programmes".

Alleging that the Odisha government had failed to show "minimum courtesy" and respect to Mr Choubey, Mr Singhdeo said his name was missing on invitation cards sent to guests on the occasion of inauguration of the Fakir Mohan Medical College and Hospital in Balasore.

The name of the Union minister of state for health was also missing from advertisements by the state government, despite of the Centre providing 60 per cent funds for setting up five medical colleges and hospitals in Odisha, Mr Singhdeo said.

"Instead of being thankful to the Centre for extending necessary assistance and support to improve medical education and healthcare, the state government is indulging in cheap politics," the BJP leader said.

The BJP leader also alleged that "no proper security cover" was provided to Mr Choubey, who is entitled to 'Y' category security, during his visit to Odisha.

"There was nobody from the state government to receive the union minister who had come to the Odisha as a guest, when he arrived at the airport and was also not provided proper security during his journey from here to Balasore," Mr Singhdeo claimed.

State health minister Pratap Jena has dismissed BJP's allegation and claimed that "everything was done in accordance with protocol".