"We may have 100 differences. You fight with us. You continue lies about Rafale. But when it comes to respecting India's constitutional head of the government, he is the Prime Minister of 125 crore Indians," Ram Madhav said. 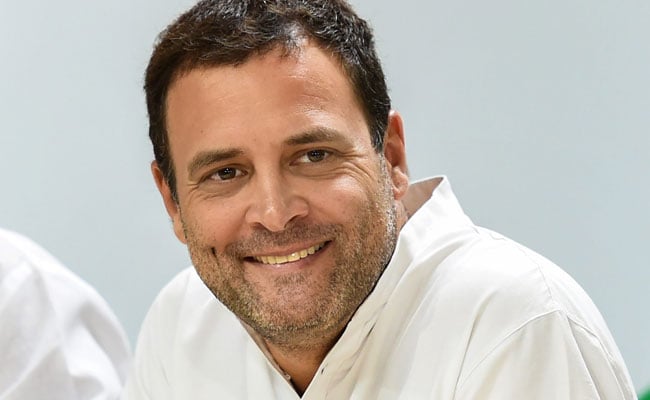 "Today, when Modi ji's government took a tough decision against atrocities committed in Kashmir by Pakistan... when Imran Khan, who just the other day assumed power with the mercy of the Army, speaks improper things, opposition leaders in India are endorsing it," he said.

He was speaking at a book release function organised by Pragna Bharati, an organisation working on social and political issues.

"We may have 100 differences. You fight with us. You continue lies about Rafale. But when it comes to respecting India's constitutional head of the government, he is the Prime Minister of 125 crore Indians," Mr Madhav said, slamming the opposition.

Pakistan Prime Minister Imran Khan had said on Sunday that his country's offer of "friendship" to India should not be considered as its weakness and the Indian leadership should shun "arrogance" to hold peace talks.

India initially agreed to a meeting between Foreign Minister Sushma Swaraj and her Pakistani counterpart Shah Mahmood Qureshi on the sidelines of the UN General Assembly in New York this month.

However, New Delhi on Friday called off the meeting, after the "brutal" killing of three policemen in Jammu and Kashmir as well as the release of the postal stamps "glorifying" terrorist Burhan Wani.

Mr Madhav said that the present opposition is not able to imbibe Indian values of self-respect, among other things.

Mr Madhav also said that the opposition parties are trying to form a 'Maha gathbandhan' (grand alliance) without any agenda, and that their only aim is to prevent the BJP from coming to power.

"Unable to stop this wave of nationalism, not having the courage to face that, those opposed to nationalist forces are trying to stop by forming a group and naming it as 'Mahagathbandhan'... No self-respect. No concern for the nation. No agenda," he said.

Speaking about notes ban, the BJP leader said, it was necessary to take such a strong measure in order to improve the economy and to eradicate corruption and black money.

"Maybe it was not very popular. But it was very essential," he said.

"Indians are very intelligent. They saw to it that the entire black money reached banks in some form or the other. But the opposition... said demonetisation failed. What they didn't realize is 30 per cent black money was there, today zero black money in India... Everything is in banks. Everything is accounted for," he said.

He urged the gathering to build a nationalist discourse on the principles of 'Swadesh bhakti' (patriotism and devotion for motherland), 'Swadharma Nishta' (commitment to own culture and belief) and 'Swabhiman' (self-respect).