The core group held a marathon meeting at Amit Shah's residence on Saturday to shortlist party candidates and take stock of the ongoing poll campaign. 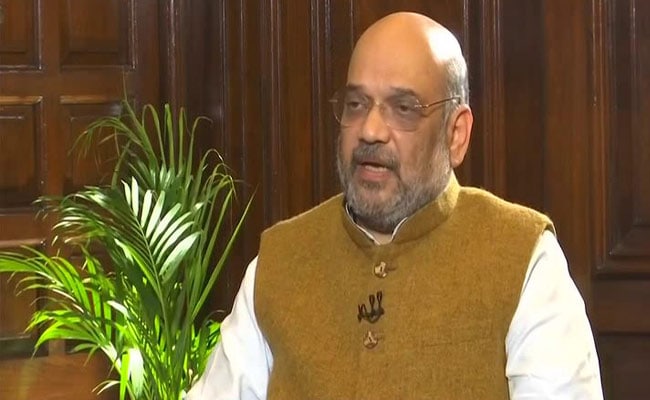 BJP President Amit Shah on Monday chaired a meeting of the party's Delhi unit core group amid indications that it has zeroed in on the names of more than half of its candidates for the 70-member assembly polls.

The core group had held a marathon meeting at Mr Shah's residence on Saturday night to shortlist party candidates and take stock of the ongoing poll campaign.

"Names of candidates for about 40 Delhi Assembly seats have been almost agreed upon and the first list could be announced on January 16-17," said a senior party leader.

The names were earlier discussed in back-to-back meetings held on Saturday by party's Delhi Assembly poll in-charge Prakash Javadekar and acting president JP Nadda. These meetings were followed by a marathon meeting at the BJP chief's residence.

"Names of municipal councilors are also being discussed for party tickets," said a BJP leader privy to candidate selection process.

The nomination process for 70 seats in Delhi Assembly elections will begin on Tuesday. The last date for of filing nomination papers is January 21 and voting will be held on February 8.

The party leaders said the core group will also finalise the number of seats to be given to its partner Siromani Akali Dal (SAD) by Tuesday. The SAD had been given four seats in previous assembly polls, and the number is likely to be maintained this time too.

This time party may be given Rajouri Garden, currently held by SAD leader Manjinder Singh Sirsa. The other three seats could be Kalkaji, Shahdara and Hari Nagar, they said.

The party is also likely to repeat its three MLAs in the outgoing Assembly, Vijender Gupta from Rohini, OP Sharma from Vishwas Nagar and Jagdish Pradhan from Mustafabad, party leaders said.