Sam Pitroda, who is in charge of the Congress's overeats units, had brushed off the BJP's suggestion that the 1984 anti-Sikh riots took place on the orders of former Prime Minister Rajiv Gandhi. Nearly 3,000 were killed in the riots. 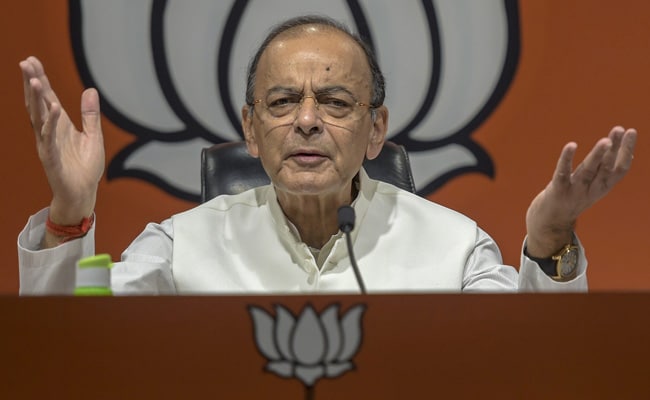 PM Modi slammed the Congress over Sam Pitroda's comments on the 1984 anti-Sikh riots.

"The Congress, which ruled for a maximum period, has been insensitive and that is reflected by the three words spoken yesterday... These words have not been spoken just like that, these words are character and mentality and intentions of the Congress," PM Modi said at a rally in Haryana's Rohtak.

"And which were these words? These were 'hua toh hua'," PM Modi added, repeating the phrase. "Hua toh hua," repeated PM Modi and told the gathering that they must be wondering what the Prime Minister was saying. "We can very well understand arrogance of those who run the Congress in these three words- 'hua toh hua'," he said.

Mr Pitroda, who is in charge of the Congress's overseas units, had brushed off the BJP's suggestion that the 1984 anti-Sikh riots took place on the orders of former prime minister Rajiv Gandhi. "I don't think so, this is also another lie. What about 1984 now? What have you done in the last five years, talk about that. What happened in 1984, happened. What have you done? (Ab kya hai '84 ka? Aapne kya kiya 5 saal mein, uski baat kariye. '84 mein hua to hua. Aapne kya kiya?)," Mr Pitroda told news agency ANI.

Union Minister Arun Jaitley questioned whether the Congress president will remove his "Guru (teacher)" from the party. He said Sam Pitroda's reaction is "reflective of the lack of remorse" of the Congress over the 1984 riots.

Sam Pitroda's 'Hua to Hua' reaction to the 1984 Sikh killings is reflective of the lack of remorse on the part of Congress Party with respect to the 1984 genocide.

Will the Congress President oust his 'Guru', who rubbishes the genocide of India's most patriotic community in 1984?

The BJP had cited the Nanavati Commission report to validate its claim, which has infuriated the Congress.

Nearly 3,000 were killed following the assassination of former prime minister Indira Gandhi by her Sikh bodyguards on October 31, 1984. Several Congress leaders were accused of leading killer mobs that targeted Sikhs in Delhi.

Amit Shah too hit out at the Congress over Mr Pitroda's comments and said the country will not forgive the party. "Agony of the entire Sikh community. Suffering of all those Sikh families killed by Congress leaders in 1984. Attack on Delhi''s secular ethos. All Summed up in these three words by Sam Pitroda - Hua To Hua. India will never forgive #MurdererCongress for its sins," Mr Shah tweeted on Thursday.

This morning, the BJP again raised the anti-Sikh riots by tweeting a video which included a clip of Rajiv Gandhi saying, on the riots, "When a tree falls, the earth shakes."

Rajiv Gandhi's remark has often been held up as a display of Congress's arrogance and callousness.

The BJP raising the anti-Sikh riots comes days before Delhi votes in the sixth phase of the national election, on Sunday. Today is the last day of campaigning and the votes will be counted on May 23.