The meeting will be attended by 12,000 delegates, including leaders from districts and and MPs and MLAs. 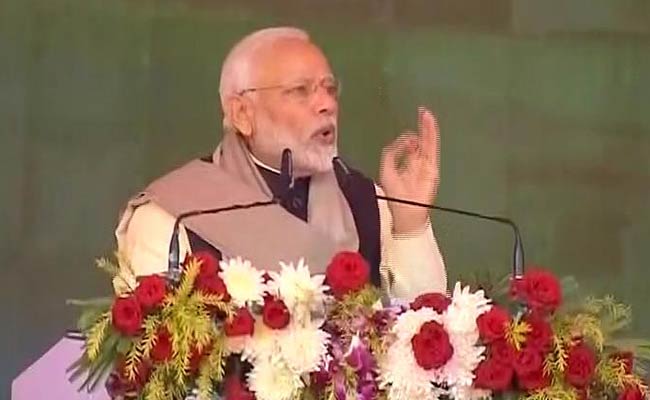 The BJP is expected to set the agenda of its campaign for the coming Lok Sabha elections at a two-day meeting of its National Council starting in New Delhi from Friday with the party likely to highlight the welfare measures of the Narendra Modi government aimed at social justice and "development of all".

The meeting, to be attended by 12,000 delegates, including leaders from districts and and MPs and MLAs at the Ramlila Maidan in New Delhi will be inaugurated by BJP president Amit Shah. Prime Minister Narendra Modi will attend the deliberations on both days and deliver the concluding speech.

It will be the last such meeting before the coming Lok Sabha elections and will also be the largest meeting of the party's National Council.

The BJP is expected to highlight the passage of the bill to provide 10 per cent quota to the economically backward sections among the upper castes amid a feeling in sections of the party that these communities, which were core supporters of the party, had moved away in the three Hindi heartland states where the party lost its governments.

The party is also expected to highlight its steps for other communities including Other Backward Classes by referring to the bill to give constitutional status to the OBC Commission and its move to nullify the apex court order which was seen as a dilution of the SC/ST Act.

The party has also embarked on an ambitious strategy to expand in states such as West Bengal and Odisha, Tamil Nadu, Andhra Pradesh and Kerala, where it has been weak, and the council meeting is expected to discuss the party's strategy.

The meeting will adopt political and economic resolutions which are expected to talk about the work done by the BJP-led government to fulfil its pre-poll promises.

The party is expected to project the Modi government as "bold and decisive" talking about implementation of the Goods and Services Tax, demonetisation, improvement in India's ranking in ease of doing business and the surgical strikes.

Leaders from the district level have been invited for the meeting and massive arrangements have been made for smooth conduct of the proceedings.

The Prime Minister will function from the makeshift PMO at Ramlila Maidan and the temporary office will have all the required facilities.