A single-judge bench of Justice C V Bhadang rejected the anticipatory bail application filed by Nitesh, son of Union minister Narayan Rane, but allowed the plea of another accused in the case, Manish Dalvi. 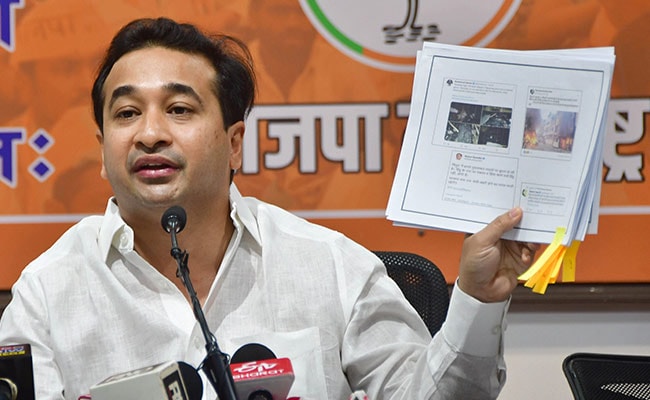 The Bombay High Court on Monday refused to grant pre-arrest bail to BJP MLA Nitesh Rane in an attempt to murder case registered against him by the police in Sindhudurg district.

A single-judge bench of Justice C V Bhadang rejected the anticipatory bail application filed by Nitesh, son of Union minister Narayan Rane, but allowed the plea of another accused in the case, Manish Dalvi.

Nitesh's advocate Niteen Pradhan then sought the high court to extend the police's earlier assurance that no coercive action shall be taken against the MLA for one more week.

The bench then asked special public prosecutor Sudeep Pasbola if the police are willing to extend such assurance.

To which, Mr Pasbola responded by saying that the police will not take any coercive action against Nitesh for a week.

"We accept the police's statement that it won't take any coercive action against the applicant (Nitesh Rane) till January 27 by the way of last chance," the high court said.

Nitesh and Mr Dalvi had sought anticipatory bail in the case registered against them by the Sindhurdurg police in December 2021 under sections 307 (attempt to murder), 120 (b) (criminal conspiracy) and 34 (common intention) of the Indian Penal Code (IPC).

While the Kankavli MLA had claimed that he was implicated in a false case due to political reasons, the police claimed that Nitesh was the mastermind of the attack on a Shiv Sena activist and the prime accused.

Justice Bhadang, while granting anticipatory bail to Mr Dalvi, directed him to appear before the Sindhudurg police for questioning on January 20, 21 and 22 between 11am to 1pm, and thereafter as and when summoned by the police.

The court said Mr Dalvi shall not leave Sindhudurg without first intimating the investigating officer and shall not tamper with evidence in the case or cause hindrance to the probe.

The case pertains to the alleged attack on local Shiv Sena activist, Santosh Parab, during the campaigning for the Sindhudurg District Co-operative Bank elections.

According to the MLA, he was being targeted by Maharashtra's ruling party (Shiv Sena) as it felt insulted and hurt by an alleged incident of mocking outside the state legislature complex last month.

A Shiv Sena MLA had last month alleged that Nitesh Rane had made 'meow meow' sounds looking in the direction of Maharashtra minister and Sena MLA Aaditya Thackeray while he was going inside the Vidhan Bhavan building in Mumbai on December 23, 2021.

The Kankavli police had opposed Nitesh's application stating that it was fallacious to say that he was being targeted due to political reasons or because of the dharna he had held outside the Vidhan Bhavan on December 23, 2021.