In the widely-circulated video, Mohammad Miya, a BJP leader in Sambhal, is seen hitting the man with a stick and poking at his face repeatedly with it 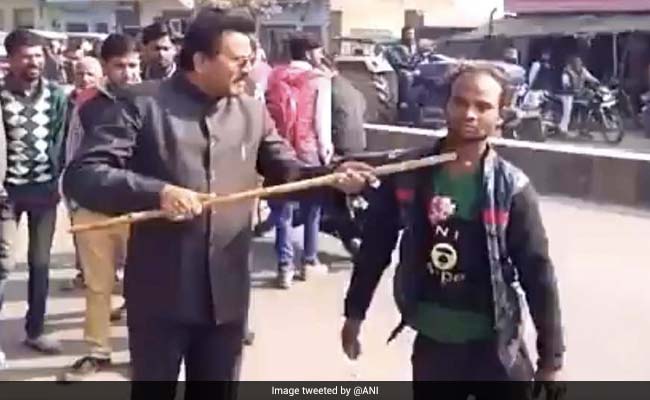 A BJP leader in Uttar Pradesh is on camera assaulting a differently abled man, allegedly for criticizing the party's rule in the state and the centre. The man, who doesn't put up a fight, is heard shouting that he will vote for Samajwadi Party leader Akhilesh Yadav.

In the widely-circulated video, Mohammad Miya, a BJP leader in Sambhal, is seen hitting the man with a stick and poking at his face repeatedly with it.

The man had reportedly passed a comment about the BJP. He is heard shouting: "Vote denge Akhilesh ko (Will vote for Akhilesh Yadav)," as he walks away. The BJP leader abuses him and says: "Go go, vote. Hut (get out)".

Facing outrage, Mohammad Miya said the man was "drunk" and it was a "conspiracy to malign" the BJP. He also claimed he was only trying to drive him away. 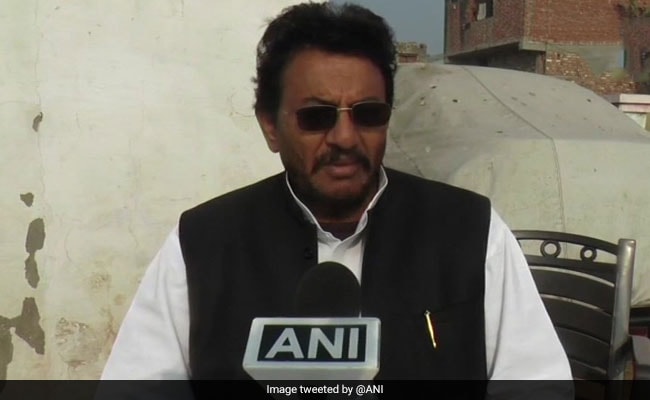 "He was abusing Modi ji and Yogi ji (Prime Minister Narendra Modi and Chief Minister Yogi Adityanath), I tried to first explain things, he was drunk, it was a conspiracy to malign BJP, I was just trying to make him leave the place. I didn't shove a stick in his mouth," Mr Miya told news agency ANI.

The police have filed a case. "The case was registered last night, we have sent our teams to arrest the culprit," said police officer Sudesh Kumar on Wednesday.

Mohammad Miya is described as a rising leader who recently contested polls to the block development office in the town.

Akhilesh Yadav was chief minister of Uttar Pradesh until he was voted out of power in March last year and replaced by Yogi Adityanath of the BJP.