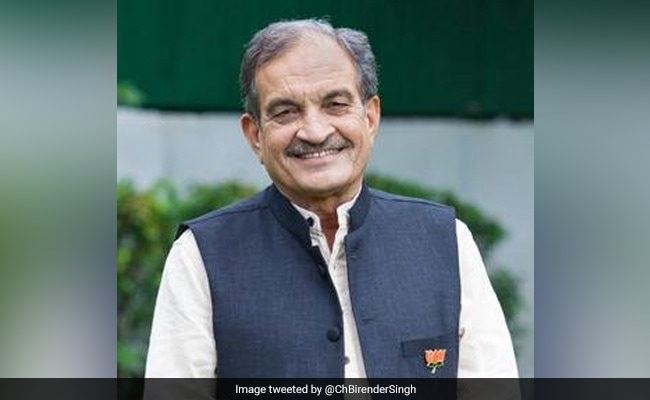 BJP's Brijendra Singh represents Hisar in the Lok Sabha. He has resigned from his Rajya Sabha membership

Former Union minister and BJP leader Birender Singh has resigned from his Rajya Sabha membership, according to an official communique issued today. His resignation has been accepted by Rajya Sabha Chairman M Venkaiah Naidu, it said.

"Chaudhary Birender Singh, an elected member of the Council of States (Rajya Sabha), representing the state of Haryana, resigned his seat in the Rajya Sabha and his resignation has been accepted by the chairman, Rajya Sabha, with effect from January 20, 2020," the communique from the Rajya Sabha Secretariat stated.

Mr Singh had switched over to the BJP from the Congress ahead of the 2014 Lok Sabha elections and again became a member of the Rajya Sabha from November 29, 2014.

His resignation came after his son Brijendra Singh, a former bureaucrat, became an MP. BJP's Brijendra Singh represents the Hisar constituency in the Lok Sabha.