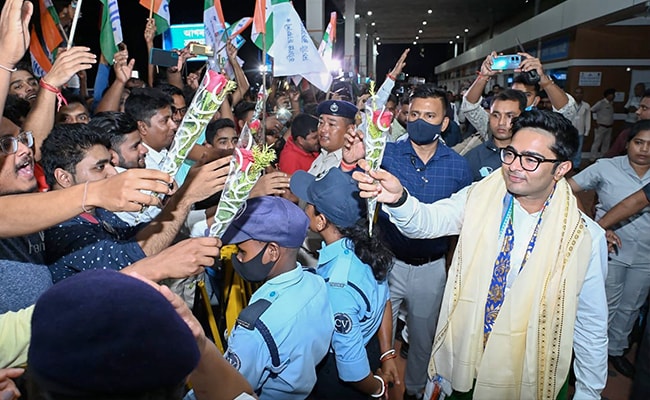 The BJP leader alleged police had refused to register the complaint against Abhishek Banerjee.(File)

BJP's West Bengal president Sukanta Majumdar on Thursday filed an application before a court in Kolkata, seeking direction to the police to register his complaint against Trinamool Congress Member of Parliament (MP) Abhishek Banerjee for his comment on shooting people who commitviolence.

Sukanta Majumdar alleged that the police had refused to register the complaint against Abhishek Banerjee.

Abhishek Banerjee, while visiting an injured police officer at the SSKM hospital on September 14, had said that he would have shot people indulging in violence on their forehead had he been there instead of the hospitalised officer.

The officer was beaten up in central Kolkata on September 13 during the BJP's 'March to Nabanna' rally.

Police have made several arrests in connection with the attack on the officer, and setting on fire a police vehicle on that day.

1 Dead, 3 Injured After Being Hit By Speeding Ambulance In UP