Police officials, while confirming the incident, have remained tight-lipped over why Champalal Devda's nephew had visited the police station in the first place.

Bhopal: A BJP MLA, Champalal Devda, was caught on CCTV slapping, verbally abusing and threatening to kill a police constable in Madhya Pradesh's Dewas district on Friday night. Police officials, while confirming the incident, have remained tight-lipped over why Mr Devda's nephew had visited the police station in the first place. The incident occurred when Mr Devda's nephew had entered a restricted area of the police station and snatched a water bottle from one of the persons in the room.

When the constable, Santosh Ivnati allegedly scolded Mr Devda's nephew and asked him why he had come to the police station, the nephew promptly informed the MLA. The MLA was then seen on CCTV footage, slapping Santosh twice and allegedly abusing him, while he had his hands folded behind his back.

"An inquiry over the incident was registered and an investigation is on," Superintendent of Police, Anshuman Singh said, adding that the incident occurred at night after 12. 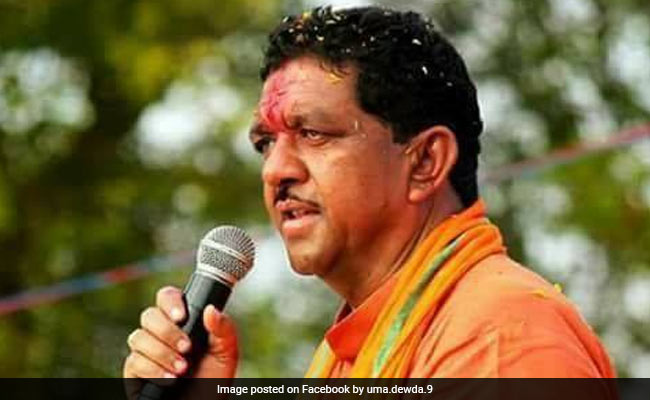 The MLA was seen on CCTV footage, slapping Santosh twice and allegedly abusing him, while he had his hands folded behind his back

A case was registered under Sections 353 (preventing a government servant from discharging his duty) and 332 (assaulting public servant) of the Indian Penal Code.

Promoted
Listen to the latest songs, only on JioSaavn.com
The incident occurred at Uday Nagar police station in Dewas district, around 150 km away from Madhya Pradesh's capital, Bhopal.

"Champalal Devda was not known to indulge in such behavior," Shambhu Agarwal, Dewas district spokesperson said, according to news agency Press Trust of India, adding that an "impartial probe" into the incident was called for.