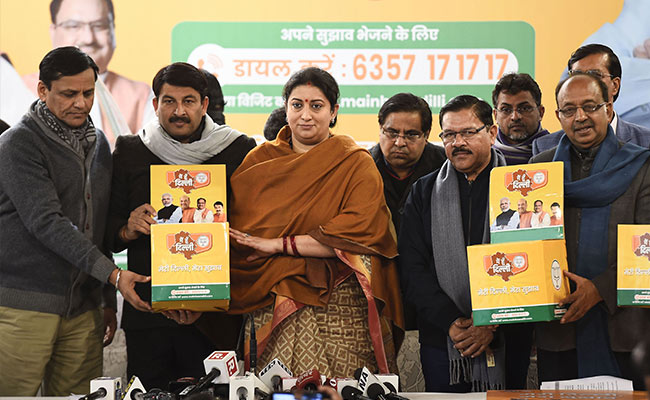 The BJP on Friday launched its ''Meri Dilli, Mera Sujhav'' campaign to take suggestions from people to draft its manifesto for the upcoming assembly elections in the national capital.

Under the fortnight long campaign, 49 ''video raths'' will roam around the 70 assembly constituency to gather people's suggestions on issues to be included in the manifesto.

The BJP will also keep around 1,600 special boxes across the city to gather suggestions.

The BJP leaders also released a mobile number for people to give their suggestion for the manifesto.