Elections to 107 municipalities and the Kolkata Municipal Corporation (KMC), to be held this year, are being dubbed as ''mini assembly elections''. 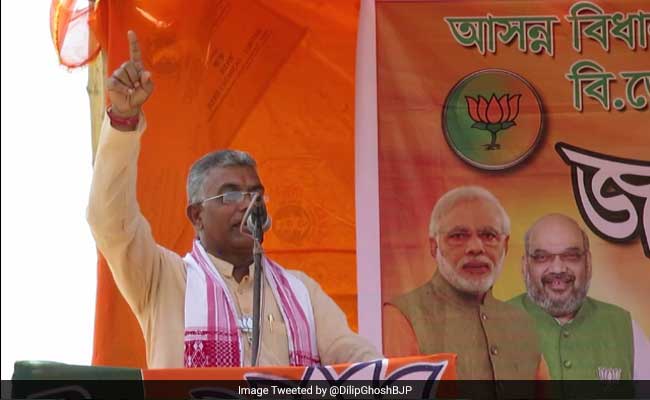 Trinamool Congress has accused the BJP of copying its initiative. (File)

Taking a cue from Mamata Banerjee's ''Didi ke bolo'' outreach programme, the West Bengal BJP is planning to launch ''BJP ke bolo'' initiative ahead of municipal elections in the state.

BJP leaders, however, denied that the initiative-- that is expected to be launched in a few days -- is meant to outsmart the Trinamool Congress's programme and insisted it is only meant for understanding people's issues ahead of the elections.

Elections to 107 municipalities and the Kolkata Municipal Corporation (KMC), to be held this year, are being dubbed as ''mini assembly elections''.

As part of the ''BJP ke bolo'' initiative, a helpline number will be launched where people will be able to call and register their grievances. A senior BJP leader said the party will work towards resolving those issues.

"First, a pilot project will be launched wherein only BJP workers in the 107 municipalities will be asked to register feedback of the masses. Later, a statewide toll free number will be launched for the people," he said.

This initiative will increase the party's direct mass outreach and help it identify issues in the civic bodies, the BJP leader said.

''BJP ke bolo'' will be the second mass outreach programme of the party in the state. The party had earlier launched ''Cha chakra Dilipdar sange'' (Discussions with Dilip da over tea) in which Bengal BJP
president Dilip Ghosh had travelled across the state and met people.

Reacting to the development, Trinamool Congress leader Partha Chatterjee alleged that BJP was trying to his party's initiative.

"They are trying to copy us. Let them do that. We are not bothered. But it will not bear any fruit as they do not have a mass leader in West Bengal like Mamata Banerjee," he said.

The BJP had won 18 of the 42 Lok Sabha seats of the state in the 2019 elections, just four less than Trinamool Congress's tally of 22.