Amit Shah will most probably visit the state before Durga Puja to speak to party leaders and guide them for the election campaign, state BJP president Dilip Ghosh told reporters after the meeting. 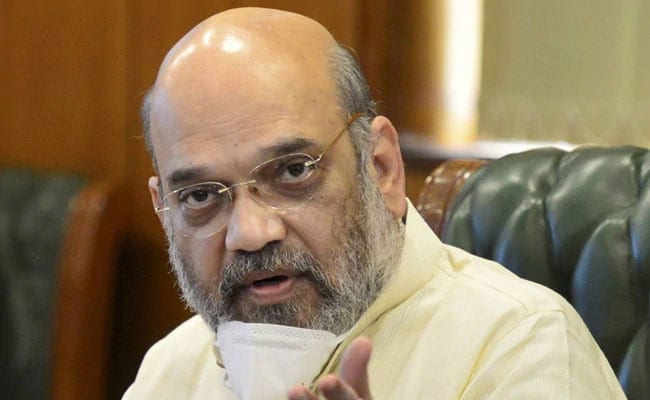 The BJP top brass, including Home Minister Amit Shah and party president JP Nadda, on Thursday held long deliberation with its West Bengal unit leaders over its strategy for the state assembly polls, which are expected in the first half of next year.

Mr Shah will most probably visit the state before Durga Puja, which begins from October 22, to speak to party leaders and guide them for the election campaign, state BJP president Dilip Ghosh told reporters after the meeting.

He said the state party unit made a request to both Mr Shah and Mr Nadda to visit the state.

State party leader Rahul Sinha, who had released an angry video message after he was dropped as a national secretary recently, also attended the meeting besides the party's national vice president Mukul Roy.

Party sources said the sate BJP was asked to highlights the benefits of three farm reform bills, against which TMC president and Chief Minister Mamata Banerjee has launched a campaign, and also take on the state government for not implementing a number of the Centre's welfare measures, including financial aid to farmers.

After decades of its limited presence in the politically-important state, the BJP has emerged as the main rival to the ruling Trinamool Congress and won 18 of its 42 Lok Sabha seats in the 2019 general elections.

In a state where it has never been in power, the BJP's strength has increased manifold in the last few years and its leaders have expressed confidence that the saffron party will end Ms Banerjee's 10-year rule in the 2021 polls.