"What I have said is reality. Can you deny it?" Delhi Congress leader Haroon Yusuf said after accusing PM Narendra Modi of intelligence failure on Pulwama terror attack 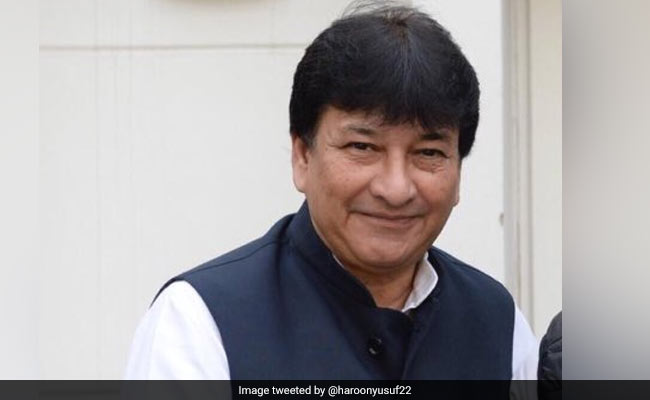 A tweet by Delhi Congress leader Haroon Yusuf accusing Prime Minister Narendra Modi of intelligence failure in the Pulwama car bombing has landed him in hot water. The Delhi Congress working president pointed at the efficiency with which cow protection groups operate in detecting beef, but questioned how such a large amount of explosives slipped under the radar.

The aggressive tweet came just a week after the Pulwama terror attack, and destroyed any restraint that political parties had promised they would exercise as the nation mourned the deaths of 40 CRPF soldiers.

Last week, the Congress and other opposition parties had said they would stand with the government and not take up other political issues while in a united voice they condemned the attack claimed by the Pakistan-based terror group Jaish-e-Mohammed.

A week later, all gloves have come off. "What I have said is reality. Can you deny it? Lynching was done for polarisation. You can catch 3 kg beef, kill innocents, but not 350 kg RDX. Isn't Modi informed by security agencies," Mr Yusuf told news agency PTI on Thursday.

Mr Yusuf was apparently referring to incidents reported from across the country, especially in the northern heartland states, where people who allegedly carried or stored beef were beaten to death by vigilante groups.

"They (Congress) cannot even wait for a few days and have started defaming security agencies. This exposes their double face. They claim solidarity with the government in all-party meeting and soon start seeking political gains through their shameful comments," Delhi BJP vice president Rajiv Babbar said.

The BJP's minority morcha chief Mohammad Haroon said Mr Yusuf's statement was "very objectionable". "The Pulwama attack shocked the nation and in the meantime Yusuf has issued very objectionable statement against Prime Minister Narendra Modi and tried to give it a communal colour... his statement is an attempt to divide the country on communal lines," the BJP leader said.

The 40 CRPF soldiers were killed when a suicide bomber overtook their 78-vehicle convoy and detonated 60 kg of RDX explosives on Jammu-Srinagar highway on Thursday last. Four days later the Army wiped out the regional leadership of the Jaish-e-Mohammed after three terrorists, including the handler of the suicide bomber, were shot dead.