The BJP said it would move the court alleging police inaction if no measure was initiated against Mahua Moitra in 10 days. 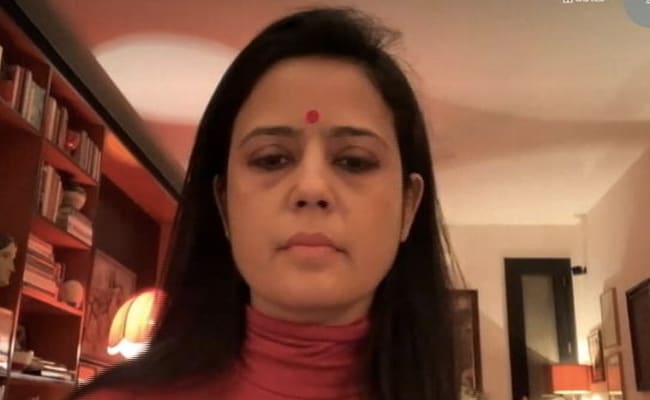 Trinamool Congress has distanced itself from Mahua Moitra's comment. (File)

The Bengal BJP leadership on Wednesday sought the arrest of Trinamool Congress MP Mahua Moitra for allegedly hurting the religious sentiments of Hindus with her controversial remarks on Goddess Kali.

The party said it would move the court alleging police inaction if no measure was initiated against her in 10 days.

Ms Moitra had on Tuesday kicked up a controversy at a conclave by saying that she had every right as an individual to imagine Goddess Kali as a meat-eating and alcohol-accepting goddess, as each person had his or her unique way of worshipping deities.

The Trinamool MP was asked for her response to the latest outrage over a film poster that showed a woman dressed a Goddess Kali smoking a cigarette and holding a pride flag.

Shortly after, the BJP went at the remark hammer and tongs and wondered if the ruling party of West Bengal had adopted a policy of "insulting Hindu gods and goddesses."

"According to the norms of the Sanatan Hindu dharma, Goddess Kali is never worshipped as a goddess who consumes alcohol and meat. Hindus had been revering Goddess Kali for ages as a symbol of power against evil. Her comments have hurt religious sentiments. We demand her arrest in the light of the statement against Goddess Kali," BJP state president Sukanta Majumdar said.

Leader of Opposition in the Assembly Suvendu Adhikari said hundreds of police complaints had been lodged against Ms Moitra across the state.

"The TMC government and the state police have been very active in seeking police action against Nupur Sharma. But they have not taken any action against Mahua Moitra. There can't be a different set of rules for BJP and TMC leaders. We will wait for ten days and then move the court," the BJP MLA said.

The ruling Trinamool has distanced itself from the comment, stating that it does not endorse it.

"The comments made by @MahuaMoitra at the #IndiaTodayConclaveEast2022 and her views expressed on Goddess Kali have been made in her personal capacity and are NOT ENDORSED BY THE PARTY in ANY MANNER OR FORM. All India Trinamool Congress strongly condemns such comments (sic)," the party said on social media.

Ms Moitra stirred up a hornet's nest just days after now-suspended BJP leader Nupur Sharma created a controversy with her remarks on Prophet Mohammad, which triggered protests across the nation.

The Kolkata Police has summoned Ms Sharma in connection with the comment.

The Trinamool MP, in response to the barrage of criticisms that she received, later issued a clarification, attacking the "Sanghis".

To all you sanghis- lying will NOT make you better hindus.
I NEVER backed any film or poster or mentioned the word smoking.

Suggest you visit my Maa Kali in Tarapith to see what food & drink is offered as bhog.
Joy Ma Tara

"To all you sanghis - lying will NOT make you better hindus. I NEVER backed any film or poster or mentioned the word smoking. Suggest you visit my Maa Kali in Tarapith to see what food & drink is offered as bhog. Joy Ma Tara," she tweeted.