In UP, a Jolt for BJP in PM Modi's Varanasi, for Congress in Rahul Gandhi's Amethi 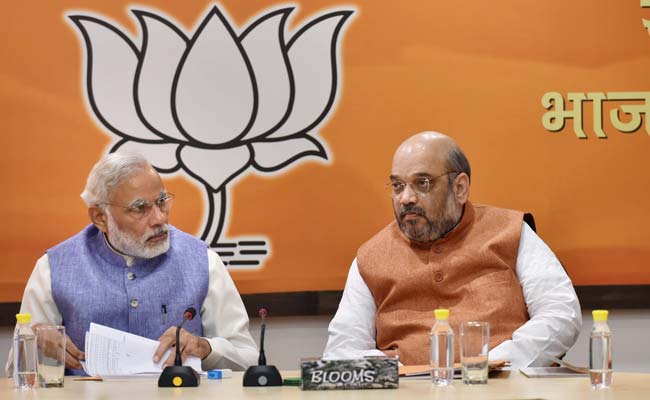 With assembly elections less than two years away in UP, the panchayat polls are being seen a crucial indicator of how parties are positioned in the state.

Lucknow: Headlines from panchayat elections in Uttar Pradesh bring worry for the BJP, with candidates supported by the party routed in Prime Minister Narendra Modi's Lok Sabha constituency Varanasi and other places.

Of 48 seats in Varanasi, BJP-supported candidates have lost in 40, including in Jayapur, the village PM Modi had adopted as Varanasi MP.

The ruling Samajwadi Party is the big winner, while the Bahujan Samaj Party is back in the game at number 2.

The Congress has suffered another debacle with candidates it supported losing in 28 of 36 seats in party vice-president Rahul Gandhi's Lok Sabha constituency, Amethi. They have also fared poorly in the neighbouring Rae Bareli constituency of Congress president and Rahul's mother Sonia Gandhi.

With assembly elections less than two years away in UP, the panchayat polls are being seen a crucial indicator of how parties are positioned in the state, which was swept by the BJP in national elections only last year.

The BJP camp had won 73 of UP's 80 Lok Sabha seats, with the Congress managing to retain only Gandhi strongholds Amethi and Rae Bareli, while the other six were won by Samajwadi Party chief Mulayam Singh Yadav and members of his family.

More members of his family won panchayat elections too today, but at least eight relatives of Samajwadi Party ministers were defeated.

The BJP's Uttar Pradesh in charge Om Mathur has rushed to Lucknow; the party supported panchayat candidates for the first time in these elections and some veteran leaders were reportedly against the decision. The party has also been washed out in Union Home Minister Rajnath Singh's Lucknow, with candidates supported by it losing in 20 of 26 seats.

"The BJP fought these elections for the first time. We expected to a win of about 25 to 30 per cent, and our vote percentage will not below that," said state BJP leader Lakshmikant Vajpayee.

A candidate supported by Asaduddin Owaisi's Majlis-e-Ittehadul Muslimeen or MIM, has won a seat in Azamgarh, the parliamentary constituency of Mulayam Singh Yadav.