The Congress MP in an interview to PTI said the narrative had "changed very, very clearly" in the past few months and people were now openly expressing "doubts and misgivings" about the performance of the Narendra Modi-led BJP government. 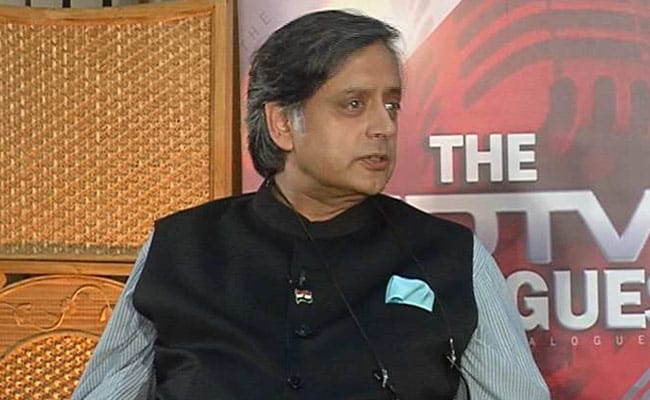 New Delhi: The BJP had "very successfully caricatured" Rahul Gandhi but the tactic is no longer working because the people now see the Congress vice president as an "effective opponent" to the ruling party, former minister Shashi Tharoor has said.

The Congress MP in an interview to PTI said the narrative had "changed very, very clearly" in the past few months and people were now openly expressing "doubts and misgivings" about the performance of the Narendra Modi-led BJP government.

People are also more willing to see the Congress as a viable alternative to the BJP, the Thiruvananthapuram MP said.

"The BJP had very successfully caricatured Rahul Gandhi in the past. That is no longer working because Rahul Gandhi is seen as a rather effective opponent to the BJP...As this changed narrative proceeds, you are going to find more and more momentum behind the Congress," he asserted.

Mr Tharoor said a change was visible with the Congress's recent victory in the by-election in Gurdaspur in Punjab and of its ally in Vengara in Kerala, and claimed the BJP's attempts to conduct yatras in places such as Kerala and Gujarat had "fallen flat".

"I also feel very strongly that the people are beginning to ask when is the government going to keep the promises it has made...We are already riding much higher in people's estimation than we were in the April or May of 2014, of that there is no doubt," the 61-year-old leader said.

His comments assume significance as Gandhi is expected to take over the reins of the Congress party soon.

Last month, while addressing students at the University of California in the United States, the Congress vice president had said the impression that he was a reluctant politician was a result of a campaign against him by the other political camp.

"There is a BJP machine, about a thousand guys, sitting on computers that basically tell you about me," he had said. Mr Tharoor said when Mr Gandhi takes over, there will be "fresh energy" injected into the party.

Noting that there was still time for the general election, Mr Tharoor said Congress's credibility was on the rise.

"I would say that the narrative has changed very, very clearly. People are now openly expressing doubts and misgivings about how the BJP government and Mr Modi are performing," he said.

"My gut instinct says we are doing well...In the next 12 months some very clear patterns will emerge," he argued.

The former minister of state for external affairs, who has been vocal in criticising the government's stand on the Rohingya Muslims, said forced deportation would "give India a very bad name in the international community".

"You cannot start off with the presumption that they are terrorists. Many of them are women and children, they are obviously innocents," the former UN Under Secretary General said.

Mr Tharoor answered in the affirmative when asked if India's stature in the world arena would take a hit if the Rohingyas were deported.

"Deportation that is involuntary and before conditions have been created in Myanmar to receive them would not be at all acceptable to the world at large. It would give India a very bad name in the international community," he said.
Comments
Shashi Tharoor Rahul GandhiShashi TharoorShashi Tharoor on BJP