Once Close To Mamata Banerjee, Ex-Cop To Take On Actor Dev On BJP Ticket

Bharati Ghosh, who was the West Midnapore Superintendent of Police for more than six years, was transferred as commandant of the third battalion of the state armed police on December 26, 2017. 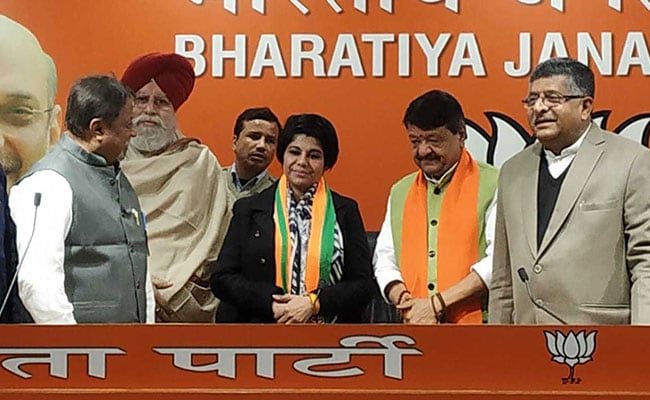 Bharati Ghosh, the former IPS officer who was once referred by West Bengal Chief Minister Mamata Banerjee as her "daughter" will contest the national elections on a BJP ticket from the Ghatal seat. Ghatal is currently in the grip of Trinamool Congress leader and Tollywood superstar Dev who was born in the West Midnapore district.

The battle between the two well-known faces in Bengal will test the Trinamool chief's command over the state. Mamata Banerjee's poll strategy for this election heavily focuses on star power with many leading actresses of Tollywood as Trinamool contenders.

Bharati Ghosh, who was the West Midnapore Superintendent of Police for more than six years, was transferred as commandant of the third battalion of the state armed police on December 26, 2017. She resigned from service two days later.

Once considered close to Mamata Banerjee, she was also awarded a service medal on August 15, 2014.

Dev, also known as Dipak Adhikari, is the biggest star in the Bengali film industry right now and has a massive fan following especially in rural areas. He is also very close to the chief minister and has been conferred many prestigious awards by the Bengal government.

Bharati Ghosh joined BJP on February 4 during the much talked about stand-off between the centre and the Bengal government when Mamata Banerjee went on a sit-in protest against CBI interrogation of Kolkata police chief Rajeev Kumar over two Ponzi schemes.

BJP leader Kailash Vijaywargiya had taken to Twitter to welcome Ms Ghosh saying that the BJP family in West Bengal was growing.

Ms Ghosh had then alleged "thugocracy" has replaced democracy in the West Bengal.

Last year, the West Bengal CID issued an arrest warrant against her on the charges of alleged extortion and criminal conspiracy. Last month, the Supreme Court granted protection from arrest in all cases registered against her.