The BJP, however, rejected the allegations made by Congress by stating that it doesn't have any role in orchestrating defections in the state. 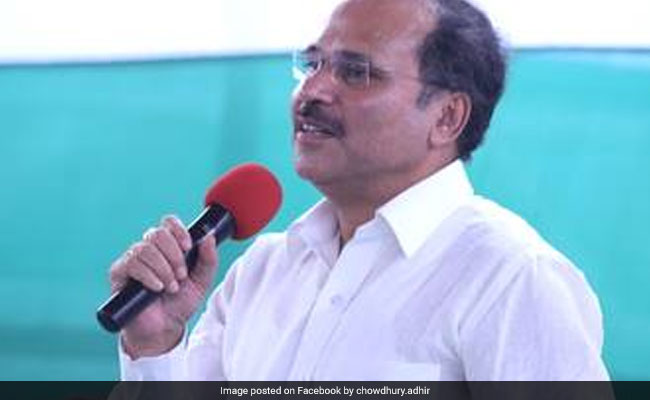 "We will try to raise the Karnataka issue in Parliament but we will not reveal our strategies before the meeting as it is against the norms of the House. Whatever we could do to overcome the crisis, we'll do, but it is clear that the BJP is a 'poacher' party," Mr Chowdhury told ANI.

The BJP, however, rejected the allegations made by Congress by stating that it doesn't have any role in orchestrating defections in the state.

Mr Chowdhury's remarks come after the 13-month-old coalition government in Karnataka slumped into crisis on Saturday following the resignation of their 11 lawmakers - eight from the Congress and three from the JDS.

With the dramatic turn of events, Chief Minister HD Kumaraswamy had to cut short his US visit and return to Bengaluru on Sunday.

If the resignations stand, the Congress-JDS coalition's 118 members in the 224-seat state assembly will come down to 104 and the majority mark will drop from 113 to 106. The BJP, with the support of Nagesh, has 106 members.

However, the Speaker is yet to accept the resignations.

As many as 10 of the rebel lawmakers are lodged in Mumbai's Sofitel Hotel.