In a landmark ruling in August, the Supreme Court said the practice of triple talaq was unconstitutional. Many Muslim women say that it violates their rights.

PM Narendra Modi has been vocal against the practice of triple talaq.

New Delhi: A new bill to ban "triple talaq" will be presented by the government lawmakers when they meet for the next session of parliament. In August, in a landmark ruling, the Supreme Court said the practice of Muslim men uttering "talaq" three times for an instant divorce is unconstitutional.

Muslim women say they have been left destitute by husbands divorcing them through "triple talaq", including by Skype and WhatsApp.

Judges agreed that it violates their right to equality and abolished the practice. Government sources said that despite the ban, triple talaq is still in effect; they pointed to the recent controversy over a professor from the famous Aligarh Muslim University or AMU who has been accused by his wife of divorcing her by text. 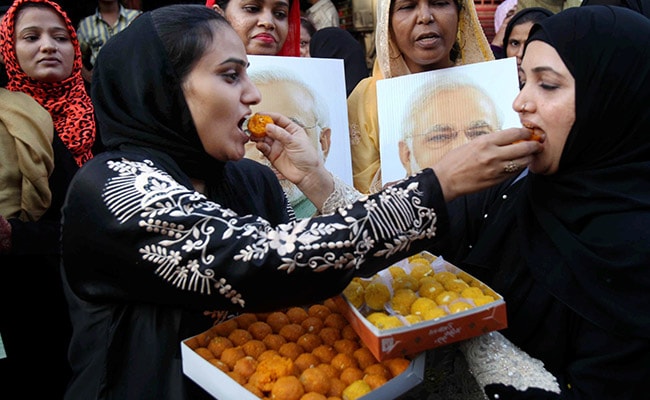 The winter session of parliament has not been scheduled yet because Prime Minister Narendra Modi and other top ministers are busy campaigning in Gujarat, which votes next month. Amid fierce criticism from the opposition which has alleged "sabotage" by the PM in delaying the winter session, which usually begins in November, Finance Minister Arun Jaitley said yesterday that the dates for it would be finalised shortly.

The government's seeking of a ban against triple talaq because it was derogatory and discriminatory against women created an unlikely coalition between Muslim woman and PM Modi's administration as they took on Muslim groups which say the state has no right to interfere in religious matters.

Promoted
Listen to the latest songs, only on JioSaavn.com
Parties like Mulayam Singh Yadav's Samajwadi Party and the Trinamool Congress, who count on Muslim voters, argued against a ban, and said reform should be encouraged from within the community and not imposed on it. However, they later endorsed the Supreme Court verdict.

Many Muslim countries have banned triple talaq, including Pakistan and conservative Saudi Arabia. It survived in India because religious communities are allowed to apply their own laws in personal matters such as marriage, divorce and property inheritance.