Neelam had apparently borrowed money from Shakeel Miyan for her daughter's wedding, which she had failed to repay, the police said. 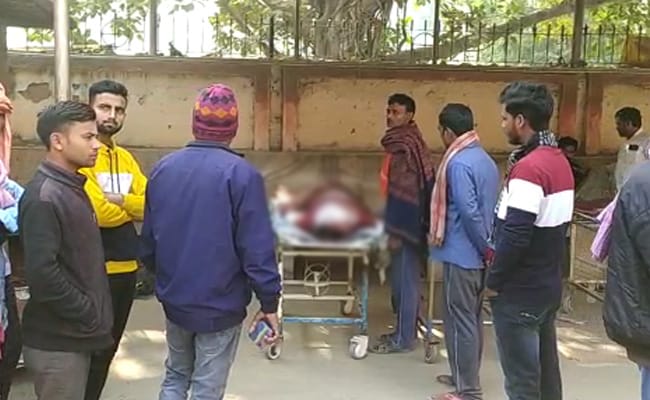 Shakeel Mian and his accomplice were arrested today.

A woman has died in Bihar's Bhagalpur after two men, in a brutal broad daylight attack at a crowded market, chopped off her hands, breast and ears.  Neelam had apparently borrowed money from Shakeel Miyan for her daughter's wedding, which she had failed to repay, the police said. The police have denied any communal angle in the incident and as a precautionary measure, stationed forces in the area.

On Saturday, Shakeel Miyan and Juddin Mian attacked the woman, the police said. She sustained stab wounds on her head and back as well. Apparently, no one came to her aid. Before falling unconscious, Neelam had named her attackers, which was recorded on cellphone by eye-witnesses.

She was given first aid at a local hospital, which referred her to the Jawaharlal Nehru Medical Hospital. But she died there during treatment, the police said.

Shakeel Mian and his accomplice were arrested today.

"On Saturday, the woman was killed by a sharp weapon attack near the Scindia bridge. Before the people could understand anything, the attackers ran away, waving their weapons," said Swarna Prabhat, the Superintendent of Police, Bhagalpur.

"The deceased's family has named two persons accused and both of them have been arrested. It was found that the deceased and the accused were neighbours and had friendly relations. She borrowed money from him for her daughter's wedding but was unable to return it. After which, he attacked her with a sharp weapon and she succumbed to the injuries in the Jawaharlal Nehru Medical Hospital during treatment," news agency ANI quoted Swarna Prabhat as saying.

The woman's husband claimed that Shakeel Mian had killed his wife as she had refused to allow him to come their home. The man used to visit frequently, but the two fell out over the financial issue.