In January, he had accused the media of asking inappropriate questions and had an angry outburst after being questioned about the murder of an IndiGo airlines executive. 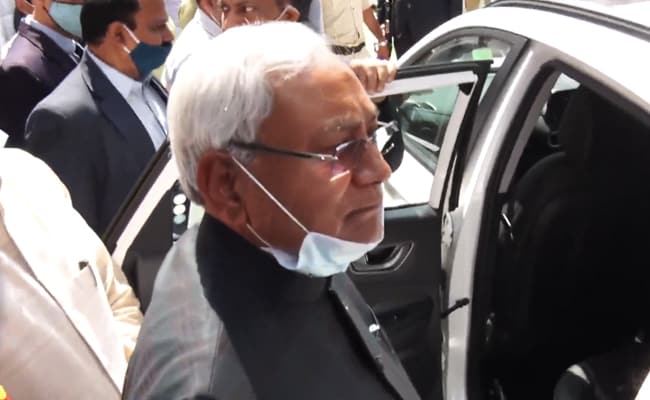 In November, Nitish Kumar lost his cool at Tejashwi Yadav in the state assembly (File)

Bihar Chief Minister Nitish Kumar, increasingly in the news for the wrong reasons, today appealed to the media to go easy on him. Any appearance of anger on his part does not mean he is angry, he said, inviting cooperation.

"I sometimes say some things. It doesn't mean that I'm angry with anyone. I don't get angry. Do not think that I'm angry because I'm speaking loudly," the Chief Minister told the media.

"I request you to go easy on me. I'm not serving my personal interest," added Mr Kumar, whose reputation as the "Sushashan babu (Mr Good Governance") has been overtaken by his frequent public displays of anger.

The Chief Minister has made headlines several times over the last months for losing his cool.

The last such episode was on Monday when he raised his voice in the state assembly to chastise opposition Rashtriya Janata Dal member Subodh Kumar.

"Will you interrupt me while I am speaking? Will you not listen? Is this the way to conduct yourself?" he had shouted, exasperated, after some back and forth over with the RJD member over a supplementary question.

In January, he had accused the media  of asking inappropriate questions and had an angry outburst after being questioned about the murder of an IndiGo airlines executive.

In November, he lost his cool at Tejashwi Yadav in the state assembly after the opposition leader cited the criminal cases against him.

"He's talking nonsense, he's lying... I keep listening because he is the son of a friend who's like a brother to me," Mr Kumar had fumed.

In the run-up to the state elections last year, he had reacted angrily at a rally after a section of the crowd raised "Lalu Yadav Zindabad" slogans.