Leshi Singh, who holds the food and consumer protection portfolio, has slapped a defamation notice on party colleague Bima Bharti who has made allegations in public against the former. 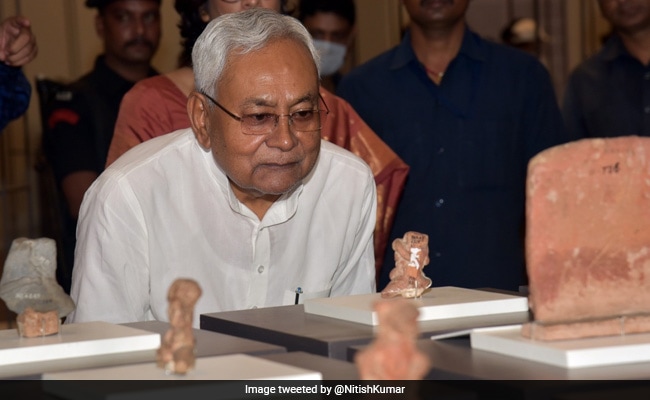 There is no serious problem and both are committed workers, said the party (File)

Bihar Chief Minister Nitish Kumar's JD(U) finds itself in a conundrum over an ugly spat between two of its women MLAs, one of whom is a minister.

Leshi Singh, who holds the food and consumer protection portfolio, has slapped a defamation notice on party colleague Bima Bharti who has made allegations in public against the former.

Both represent assembly seats falling in Purnea district and are married to local musclemen though Singh's husband Butan died a few years ago.

Bharti, a former minister herself, had last month vented spleen before the media over Singh's re-induction into the cabinet after Kumar, the de facto leader of JD(U), formed a new government with "Mahagathbandhan".

Confirming that she has received a notice from Singh seeking Rs five crore towards damages, Bharti said, "I will seek legal remedies but I maintain that Leshi Singh is involved in criminal activities".

Bharti's outbursts had met with disapproval from the Chief Minister, while the BJP, which has been stripped of power, is fishing in troubled waters.

BJP OBC Morcha national general secretary Nikhil Anand has come out with a couple of tweets pointing out that allegations against Singh have also been made in the past by Tejashwi Yadav who was then leader of the opposition and now is the Deputy Chief Minister.

Anand, who is also a spokesperson of the BJP's state unit, alleged that Bharti was being targeted because she belongs to an "ati pichhda varg (extremely backward class)".

Meanwhile, Singh declined to comment on the notice sent on her behalf but told reporters "I have explained the issue to the party's national president Lalan Singh. I hold nothing against her (Bharti), though if she begrudges my standing, it is her problem".

Her senior party and cabinet colleague Vijay Kumar Chaudhary, widely seen as a troubleshooter, said, "There may have been some personal issues between them but both are committed JD(U) workers. There is no serious problem".