Upendra Prasad was headed to Aurangabad for election campaigning when the accident happened at National Highway-139. 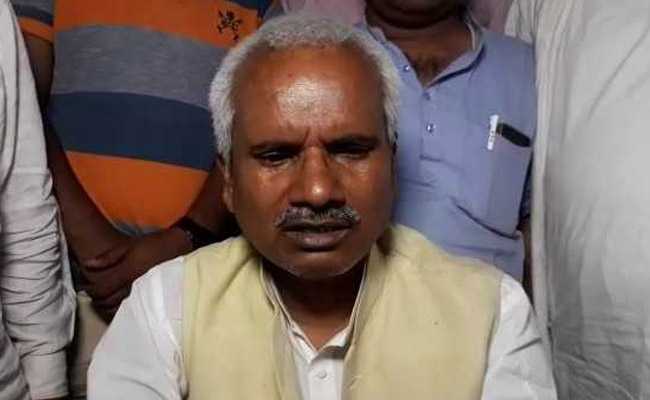 Police have said investigation is on in the case.

Hindustani Awam Morcha-Secular leader Upendra Prasad, the Grand Alliance candidate from Bihar's Aurgangabad, was injured in a road accident on Saturday night when a speeding Bolero hit his car.

The HAM-S leader was headed to Aurangabad for election campaigning when the accident happened at National Highway-139.

Soon after the accident, his supporters started protesting at the road. Police reached the accident site and arrested two people.

Mr Prasad and party workers have alleged it was a conspiracy to kill him. "A speeding car came from the wrong side and tried to drag our car. Our driver showed presence of mind and used emergency brakes and we were saved. This was undoubtedly a plot to kill me," he said.

Police have said investigation is on in the case.

"We reached the accident site when we got the information that the Mahagathbandan (Grand Alliance) candidate has been injured in an accident. Two people have been arrested and probe is on in the case," said a police officer.

Bihar will vote on the first day of seven-phase polling on April 11.