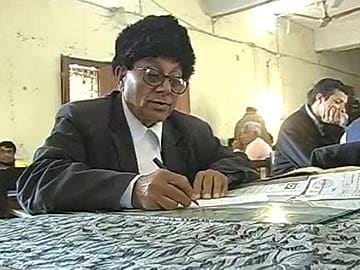 Patna: A father in Bihar is suing his only son for defamation after he married a woman from a lower caste, saying he has damaged his reputation and social standing.

Sidhnath Sharma is seeking one lakh in damages from his son Sushant Jasu and wants to prevent him from using the family surname. A court will hear his case this weekend.

"For ages, it has been an accepted tradition of arranged marriages within your own caste," Mr Sharma, a lawyer from the upper-case Bhumihar group told news agency AFP from his home in the town of Danapur, just outside Patna.

"But when my only son ended that, it not only stunned me, it also affected my social status," Mr Sharma said on Tuesday.

His son, a tax official who works in the western state of Gujarat, married his now wife, a bank officer from Danapur, last November.

Mr Sharma, who filed his case last month, said that if his son continues to use the surname, he will ask for Rs 10,000 rupees in copyright fees each time he is known to use it.

The legal action has been taken though Mr Sharma's wife supports her son's marriage.

Promoted
Listen to the latest songs, only on JioSaavn.com
"If my son is happy with his marriage, I should openly back him. Time has changed now, one should understand it," she said.