LJP sources said Chirag Paswan met Mr Nadda on Tuesday and suggested that the BJP should be fighting on more seats than the Nitish Kumar-headed JD(U). 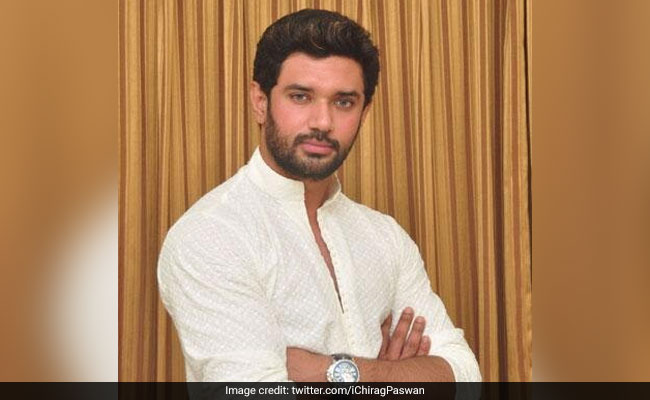 Lok Janshakti Party (LJP) Chief Chirag Paswan has urged BJP president JP Nadda that the party should fight more seats than the Janata Dal (United) in the upcoming Bihar assembly polls, with Chief Minister Nitish Kumar coming in for criticism at a meeting of LJP leaders, including MPs, on Wednesday.

LJP sources said Chirag Paswan met Mr Nadda on Tuesday and suggested that the BJP should be fighting on more seats than the Nitish Kumar-headed JD(U).

The BJP, JD(U) and the LJP are members of the ruling National Democratic Alliance in the state, and seat-sharing talks among these parties are going on for the elections to the 243-member assembly.

Both the JD(U) and BJP had fought on 17 Lok Sabha seats each in 2019, leaving the remaining six to the LJP.

The JD(U) believes that it should get more seats to contest than the BJP for the assembly polls as it has more MLAs. The BJP has made no official comment on its likely share of seats.

The LJP and the JD(U) have been in a war of words, with Chirag Paswan often taking aim at the functioning of the Bihar government under Nitish Kumar.

In the meeting of LJP leaders, Nitish Kumar's administration came under severe criticism while Prime Minister Narendra Modi was lauded for launching a number of development projects for the state. Some leaders said that the party should contest against the JD(U) in the upcoming polls.