In RJD's manifesto for Bihar polls, Rashtriya Janata Dal (RJD) has promised to provide 10 lakh jobs for youth if it comes to power in the state. 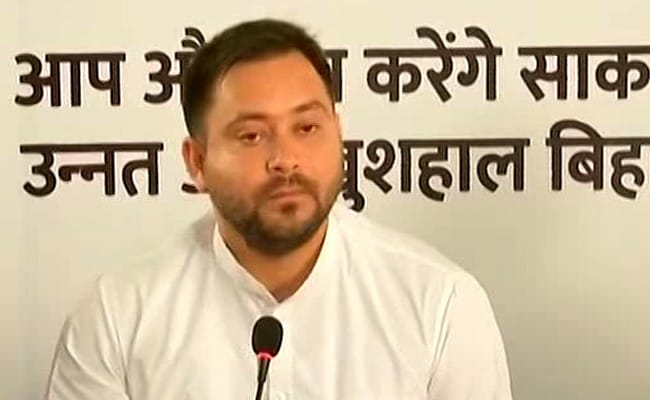 Union Minister Giriraj Singh on Monday lashed out at Mahagathbandhan chief ministerial candidate Tejashwi Yadav over his jobs' promise and asked how many jobs he had created when his party had over 12 ministers in the administration.

"I want to ask Tejashwi Yadav why after flaunting his father's political legacy does he not talk of his father's crimes. I'd like for him to show the number of people whom he's given employment to in 20 months when he had over 12 ministers in administration," Mr Singh told reporters.

In its party's manifesto for Bihar polls, Rashtriya Janata Dal (RJD) has promised to provide 10 lakh jobs for youth if it comes to power in the state.

Mr Yadav was the Deputy Chief Minister of Bihar from November 2015 to July 2017 when RJD was in power with Janata Dal (United).

The Bihar elections will be held in three phases in Bihar -- October 28, November 3 and November 7-- and the counting of votes will be done on November 10.