The report released by ILO says at least 30 tons of methyl isocyanate gas affected more than 600,000 workers and nearby inhabitants. 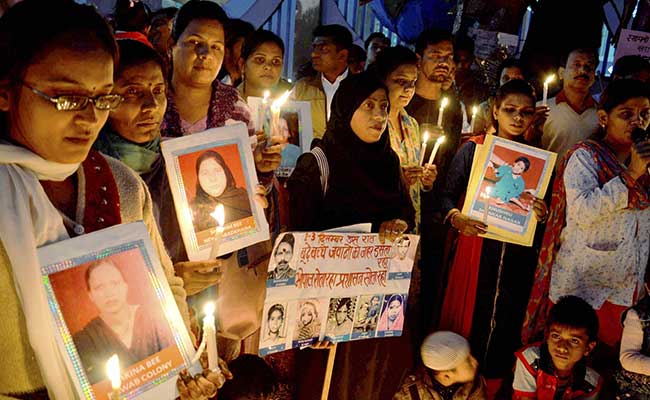 The 1984 Bhopal gas tragedy which killed thousands of people is among the world's "major industrial accidents" of the 20th century, a UN report has said, warning that 2.78 million workers die from occupational accidents and work-related diseases each year.

The report released by the UN labour agency International Labour Organization (ILO) said in 1984, at least 30 tons of methyl isocyanate gas, which was released from the Union Carbide pesticide plant in the Madhya Pradesh capital, affected more than 600,000 workers and nearby inhabitants.

"The Government figures estimate that there have been 15,000 deaths as a result of the disaster over the years. Toxic material remains and thousands of survivors and their descendants have suffered from respiratory diseases and from damage to internal organs and immune systems," it said.

The report titled "The Safety and Health at the Heart of the Future of Work - Building on 100 years of experience" said the Bhopal disaster was among the world's "major industrial accidents after 1919".

Among the other nine major industrial disasters after 1919 listed in the report are the Chernobyl and Fukushima nuclear disasters as well as the Rana Plaza building collapse.

In the Chernobyl disaster in April 1986, one of four nuclear reactors at the Chernobyl power station in Ukraine exploded, releasing at least 100 times more radiation than the atom bombs dropped on Nagasaki and Hiroshima.

The explosion killed 31 people immediately and thousands of people in the aftermath.

"The number of casualties in the region increases every year due to long term effects including a sharp increase in thyroid cancer," the report said.

In one of the worst industrial disasters in Bangladesh, the Rana Plaza building in Dhaka collapsed in April 2013. The building, which housed five garment factories, killed at least 1,132 people and injured more than 2,500.

According to recent estimates released by the ILO, each year 2.78 million workers die from occupational accidents and work-related diseases (of which 2.4 million are disease-related).

An additional 374 million workers suffer from non-fatal occupational accidents. It is estimated that lost work days globally represent almost four per cent of the world's GDP, and in some countries, this rises to six per cent or more.

The report attributes stress, excessively-long working hours and disease to worker casualty every year, underlining ILO's message that no paid work should threaten a worker's wellbeing, safety or life.

These include modern working practices overall, world population growth, increased digital connectivity and climate change, which are believed to account for losses of almost four per cent of the global economy.

"The report says 36 per cent of workers are working excessive long hours, meaning more than 48 hours per week," she said.

Noting that "people are increasingly asked to produce more and more, they have no time to rest," Ms Azzi highlighted that women are particularly at risk because they tend to be the primary carer for children or parents and lack the time to exercise.

"Not only do you work when you're at your office but then you're working at home as well," Ms Azzi said, adding that "so it's a lot of sedentary work and that affects cardiovascular diseases as well".

The greatest proportion of work-related deaths - 86 per cent - come from disease, according to the ILO, with some 6,500 people a day dying from occupational diseases, compared to 1,000 from fatal occupational accidents.

"As well as the economic cost we must recognise the immeasurable human suffering such illnesses and accidents cause. These are all-the-more tragic because they are largely preventable," Ms Azzi said.

Launched during the ILO's centenary year - and ahead of the World Day for Safety and Health at Work on April 28, the report underlines the life-saving value of promoting prevention, to save lives and encourage healthy working environments.

"Serious consideration should also be given to the recommendation of the ILO's Global Commission on the Future of Work, that occupational safety and health be recognised as a fundamental principle and right at work," Ms Azzi said.

The report said that new risks may emerge whereas other risks may be on the rise.

"While the road ahead presents many new challenges to safety and health at work, it is important for governments, employers and workers, and other stakeholders to seize the opportunities to create a safe and healthy future of work for all," it said.

Since 1919, the ILO has adopted more than 40 international labour standards promoting occupational health and safety.

"Jealous": Mamata Banerjee's Swipe After Centre's 'No' To Rome Meeting