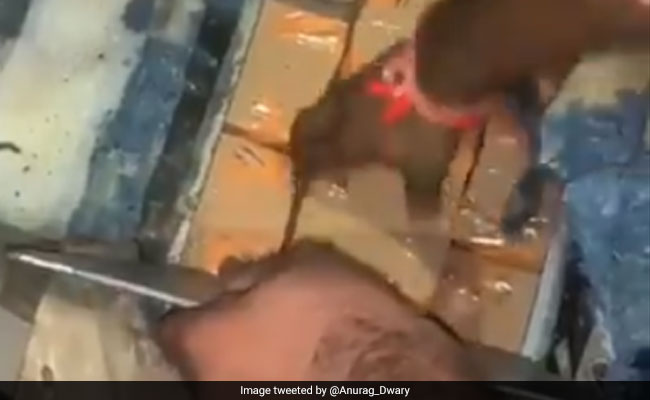 Rs 4.11 crore was recovered from 31 bundles of cash

The seizure of unaccounted cash worth Rs 4.11 crore from a Mumbai-bound car on the outskirts of Bhopal is expected to lead the Income Tax department to a major tax evasion scam by a gold and bullion trader based in the Madhya Pradesh capital.

The seizure took place after a Crime Branch team, tipped off to weekly shipments that included cash and other incriminating substances, intercepted a SUV near the Fanda toll plaza on the Bhopal-Indore highway on Tuesday night.

A search of the vehicle uncovered 31 packets of cash, leading the Crime Branch to contact the IT department and arrest the three men inside. The men have been identified as Dinesh Lovanshi, Sonu Lodha and Bhure Lal from Bhopal and Rajgarh districts.

Dinesh Lovanshi and Sonu Lodha had day-time jobs as car drivers, and Bhure Lal was a farmer. All three were paid a monthly salary of Rs 10,000 each for transporting cash from Bhopal to Mumbai, via Indore, once a week.

After interrogating the three men, officials discovered the men delivered the car to a contact in Mumbai who would return it after a few days. The car was then driven back to Bhopal. The suspects also said the seized cash was being shipped by Madhur Agrawal, a Bhopal-based businessman who owns to jewellery stores in the Sarafa Chowki market area of the city.

In addition to the recovered cash, the IT department also seized mobile phones used by the suspects that could lead to further details of tax evasion.