Shiv Sena chief Uddhav Thackeray has made it clear that though they supported the bill in Lok Sabha, the Sena's support in the Rajya Sabha is not a given. 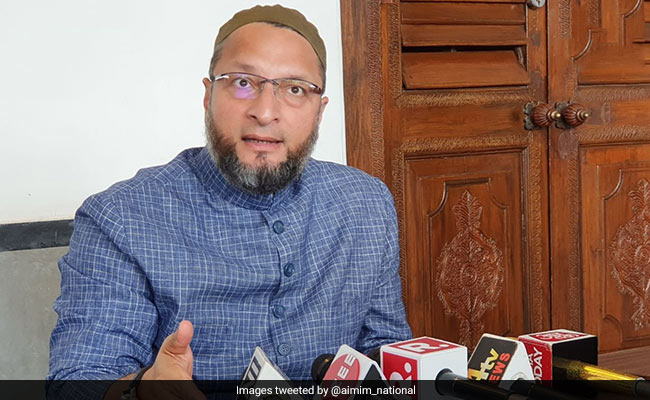 A day after the Shiv Sena voted in favour of the Citizenship (Amendment) Bill, AIMIM chief Asaduddin Owaisi called it "Bhangra politics" and politics of opportunism.

"This is ''Bhangra politics''. They write ''secular'' in common minimum programme, this bill is against secularism and Article 14. It is politics of opportunism," Mr Owaisi said.

The Sena's support to the CAB in parliament on Monday was surprising after the former BJP ally, in its mouthpiece 'Saamana', criticised the bill as an instrument that could lead to "invisible partition" in India.

The Shiv Sena supported the bill in Lok Sabha but suggested to not give voting rights for new citizens for 25 years. Sena chief Uddhav Thackeray has made it clear that though they supported the bill in Lok Sabha, the Sena's support in the Rajya Sabha is not a given. The Sena, he said, had raised many questions yesterday and "if these queries are not answered, we won't be supporting the CAB in the Rajya Sabha".

On why the Sena voted in favour of the bill despite questions, Mr Thackeray said: "We voted yesterday to absorb various people facing brutalities in other countries but we have asked many questions."

The bill, which seeks to give citizenship to refugees from the Hindu, Christian, Sikh, Buddhist and Zorastrian communities fleeing religious persecution from Pakistan, Afghanistan and Bangladesh was passed in Lok Sabha on Monday with a majority of 311 votes against 80 votes.

The bill, cleared by the Lok Sabha around midnight, will be presented tomorrow in the Rajya Sabha, where the government is in a minority and the arithmetic more challenging. The Shiv Sena has three members in the Rajya Sabha.

Claiming that the Citizenship Amendment Bill was "worse than Hitler's laws", Mr Owaisi had torn a copy of the legislation in the midst of a heated debate in the Lok Sabha on Monday.