Substances recovered from raids in the city's south-east included 187 kg of ganja, MDMA, or Ecstasy, tablets, LSD strips and cocaine 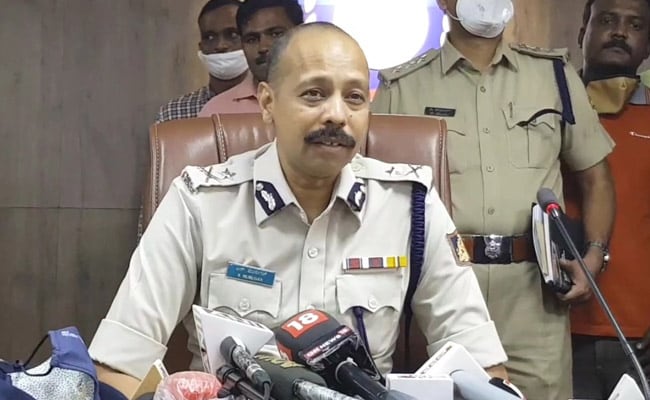 Days after arresting Kannada actress Ragini Dwivedi on drug peddling charges, Bengaluru Police continued their crackdown on the illegal drug market with several others - including students and the son of a police constable - arrested and raids being carried out across drug seizures being made in the city.

The police said that some of those arrested are students who were drug users before they turned to selling the banned substances.

"In the last week we have been able to arrest 28 peddlers in 14 cases. As a result, in two divisions - east and south-east - we have been able to (seize) narcotic drugs and psychotropic substances worth over Rs 1.5 crore," S Murugan, Additional Commissioner of Police (East), told reporters on Monday.

Substances recovered from the south-east were ganja (187 kg), ganja oil (950 grams) and hydroganja (which is grown indoors). MDMA tablets, LSD strips and cocaine were also recovered.

Mr Murugan spoke of students being the target of drug peddlers.

"Most of these drugs were targeted at the youth, particularly college students in and around Bangalore. Many of the peddlers themselves are students (from Bengaluru). They began as users and subsequently began peddling," he said.

There are different sources for each of these drugs, he said, adding, "Most of these synthetic drugs are being sourced over the dark net".

"Ganja is being sourced from Kerala and Andhra Pradesh. Investigations are still on and we hope to make more arrests and seizures," he said, confirming that the police were also in touch with other state agencies.

Meanwhile, a police constable's son is reportedly involved in the trade.

"Vishwas, who was the son of a police constable, was running a hotel. He was himself a user. He also used to get drugs, particularly ganja, and supply it to students in south Bangalore," the Additional CP said.

"On this occasion, when he had arranged for about 165 kg of ganja, the police received a tip and were able to raid and seize the car, along with the drug. Another man was also arrested - Mohammed Irfan - who used to get synthetic drugs from Mumbai and ganja from Andhra Pradesh," the officer added.

Mohammed Irfan was also another user turned peddler, he said.

"In Ulsoor (a neighbourhood in Bengaluru) we have arrested two persons. One is Rohit, a BCA student who used to procure synthetic drugs from Nigerians. Then he started independently procuring the drugs though dark net websites. Another man, Mohammed, an event organiser, also used to get from Nigerians and the dark net," Dr Sharanappa, DCP (South), said.

The dealers used company delivery boys who found a way around their employers' protocols and then got into the drug delivery business themselves.

The Central Crime Branch (CCB) of Bengaluru Police stepped up their investigation into the city's drug markets after the Narcotics Control Bureau (NCB) arrested three people from the city, who were allegedly supplying drugs to singers and actors in the Kannada film industry.