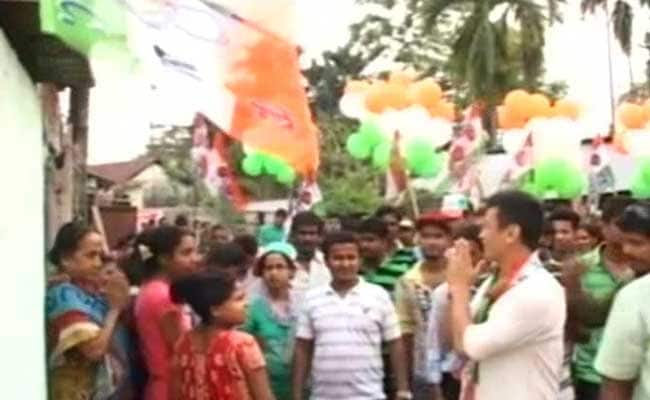 Baichung Bhutia, who failed to win a seat in the 2014 General Elections, hopes this time will be different.

Siliguri: For Siliguri mayor and former minister Ashok Bhattacharya it is a fight to stage a comeback after his surprise defeat in the 2011 assembly election as he takes on former Indian football captain Baichung Bhutia, who has taken the field as a Trinamool Congress nominee.

Mr Bhattacharya had mobilised opposition forces and defeated TMC in last year's election to Siliguri Municipal Corporation, which has come to be known as a "Siliguri model".

It is being replicated in the assembly poll where Left and Congress have joined hands to fight TMC.

"After I lost in 2011 election, I did not flee. I stood with the people and fought for them," he said.

TMC has fielded Mr Baichung this time in place of Rudranath Bhattacharya, the dean of North Bengal Medical College who had defeated the CPI(M) stalwart in 2011, to encash on his celebrity status and get the support of young voters.

Mr Baichung, who had campaigned for Mr Bhattacharya in 2011, appeared in a new role this time and is toiling hard to cement his mass contact by mingling with the people. Many young voters are seen taking selfies with him.

Exuding confidence, he said "We are working unitedly. My team is doing well. Hope the people will vote for me".

Of the 47 wards of Siliguri Municipal Corporation, 33 wards were included in this assembly constituency of which Left Front holds 15 and TMC 11. Congress which has formed alliance with the Left has 4 and BJP 2 wards.

Political observers say that though Mr Bhattacharya has slight advantage, his main political opponent TMC is also leaving no stone unturned to retain the seat.

They say apart from maintaining lead in 11 wards, TMC, which had finished either in second or third position in the remaining 22 wards in the municipal poll, has to establish lead in those wards so that its candidate sails through.

Party supremo Mamata Banerjee has campaigned in this constituency and ridiculed the 'Siliguri model', saying "ask the comrades what have they given to the people".